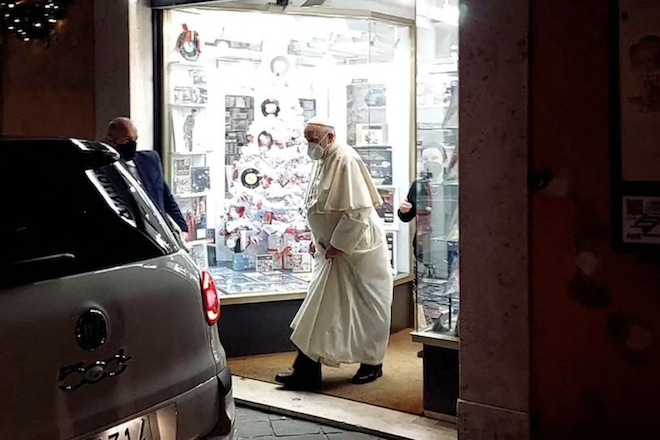 The Pope has been spotted at a record store in Rome, which he attended last week.

He's since congratulated the reporter who caught him visiting his old friends - suggesting that it was his "bad luck" that the news about his flying visit spread.

85-year-old Pope Francis is known to shun bulletproof cars and visible police escorts - something proven in this visit, as he attended the shop in a Fiat 500 driven by a Vatican employee.

The visit was supposed to remain secret - but local reporter Javier Martinez-Brocal happened to be in the vicinity of central Rome's StereoSound record store and witnessed the appearance.

In a letter to Martinez-Brocal since, Francis congratulated the reporter. "Thanks for doing your job," he wrote, "even if it did put the pope in difficulty".

The letter from Francis went onto explain how since becoming the Pope, he mostly misses walking around the streets, from one parish to another.

It is not the first time The Pope has visited a Rome shop - two years after his election, he ordered a pair of glasses from a Rome optician which were supposed to be delivered to the Vatican; however he chose to go and collect them himself.

On this particular visit to the record store, owned by long-time friends, the store owners said that they gave him a box set of classical music CDs.