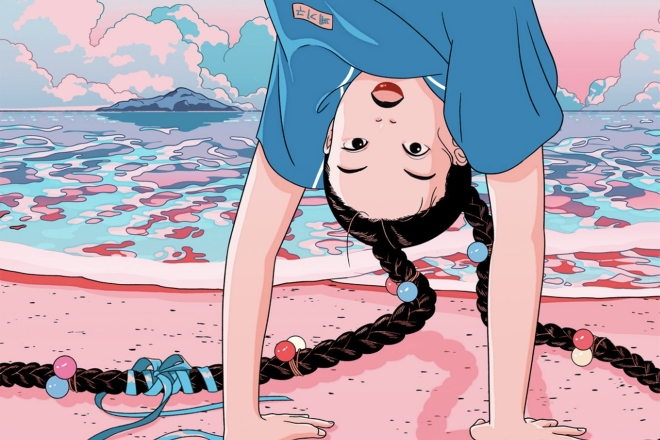 Korean-born, Berlin-based DJ and producer Peggy Gou released an anime-inspired music video over the weekend to accompany her second single of 2020, following ‘Nabi’ with OHHYUK in May which was her first in two years. Sporting plenty of kicks and synths, ‘I Go’ is a shimmering childhood-inspired single that was released on July 9 via her own label Gudu Records on 12" vinyl — alongside a vinyl-only instrumental and acapella — with artwork by Jeeook Choi.

Gou described the tune as, ”my own reimagination of the sounds I grew up loving” and now we have a video to accompany the 90s house-inspired tune which perfectly echoes its sentimentality.

“When I was a teenager in Korea, we didn’t have rave culture like there was in the UK,” she said in a press statement. "‘I Go’ is a tribute to that era, my own reimagination of the sounds I grew up loving.”

“The lyrics are inspired by a note I wrote on my phone in 2019, staring at myself in the mirror of an airport toilet – I looked so exhausted but there was no way I wasn’t going to keep going!”

Nostalgic yet totally modern, the tune was largely labelled as the soundtrack to summer — and now it comes with its music video which will continue that mood.

The video, which took five months to make, is a further nod to Gou’s Korean heritage and stars Peggy Gou herself as the captain of an all-female fleet, a crew of killer rabbits and a golden giraffe. Directed by Peggy Gou and Inji Seo, the artwork comes via Inji Seo and is animated by Minjung Kim.

Our final thoughts? The video has left us musing for a Yeaji and Peggy Gou collaboration asap. Go on then….

'I Go' was released on July 9 via Gudu Records. Buy it here.