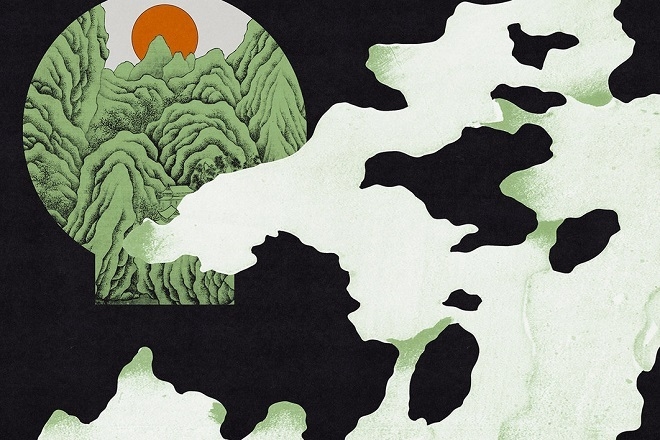 The music was inspired by the devestating scenes caused by the Covid outbreak that first appeared in the artist's home province before rapidly spreading to almost all corners of the globe. During this most unsettling of times, Night Swimmer took a night-time trip to the Hubei mountains in a bid to escape the confusion that was unfurling, and the album serves as a sonic metaphor for the peace he found in the unspoiled mountain terrain. The verdant topography he encountered took on a spiritual form, and the dualistic nature of his experience is reflected in the ambiguous Chinese title: Xia, meaning 'summer' or idle, and Ye meaning 'night' or 'wilderness'.

Recording took place throughout the two years that followed. Most of the Earth's human population continued to suffer unprecedented tribulations, but Night Swimmer's mind was fixed on the relative calm he surrendered to in the Hubei mountains. In an effort to transcribe this fluctuating spiritual landscape, he channelled the sounds of 90s New Age music and local rituals for the dead in his hometown, informed by a sense of nostalgia while utilising both virtual and physical instruments. 'Xia Ye' absorbs both western sounds and Chinese melodies, conjuring a picturesque panorama of familiarity, intimacy and volatility.

Described as “a memoir of the transformation of the inner self,” the album is intended to help listeners find peace and meaning for those “finding themselves lost amid the realistic, gruelling storms spreading worldwide.” The mesmerising music presented in the collection is indeed imbued with a soul-soothing profundity, with Night Swimmer elegantly evoking the indefinable serenity that only mother nature can provide. It may not be an antidote to these trying times, but it most certainly possesses the power to facilitate centring among those prepared to submit to it.

You can listen to two tracks from the album, 'Silver Flying' and ‘Depressionfruit', below:

Night Swimmer 'Xia Ye' is out on August 31. You can pre-order it here