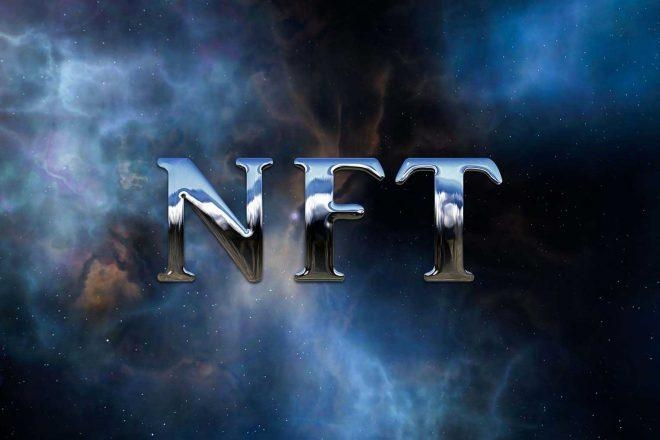 In a startling revelation from Silicon Valley — last night the duo-inventors behind NFTs revealed that the abbreviation actually stands for "Naughty Fucking Tech-house."

Kevin McCoy and Anil Dash, who are widely credited with developing the blockchain technology told reporters at a press conference in NYC that the public had been "completely wrong" about what NFT stands for "for years" and wished to clarify the actual meaning.

"It actually doesn't stand for 'Non-Fungible Token' at all," Anil Dash told reporters. "We'd actually never mentioned what it stood for, the public sort of just ran away and took their own meaning from it. But now we think its time to set the record straight — and that record is actually Patrick Topping's 'Get Beasty'."

Read this next: Pixels for sale: 15 trending NFTs from Asia

Digital artist Kevin McCoy and tech entrepreneur Anil Dash, and CEO of Glitch, first developed NFTs in May 2014 — motivated by a shared desire to find ways of supporting artists... or so we thought.

While the pair have confirmed in the past that the idea had come about during a conference at Seven On Seven in May 2014, after McCoy had discussed the fact his works were being used on social media without credit

"It was around the peak of Tumblr culture when a raucous, wildly inspiring community of millions of artists and fans was sharing images and videos completely devoid of attribution, compensation, or context," Dash wrote in The Atlantic. "Kevin had been thinking a lot about the potential of the then-nascent blockchain—essentially an indelible ledger of digital transactions—to offer artists a way to support and protect their creations."

Read this next: Asian hip hop mag LiFTED launches cover art NFT. LiFTED lays out your step-by-step guide to the world of NFTs

The pair reportedly worked "all night" on the idea and presented it shortly after to a creative arts delegation at the Metropolitan Museum of Contemporary Art.

Despite having presented their new technology and having aided in popularising it — neither had come up with a name for it until 2016, they now reveal. During a reunion trip to Ibiza, the pair managed to catch a set at Pacha nightclub, from waft connoisseur Jamie Jones.

However, Dash confirmed that it was actually during a spin of 'Jam Master Jack' by KlangKuenstler that it actually happened: "Kevin turned to me, and he said 'this is naughty' and then with wide eyes he tapped on my shoulder and said 'it's Naughty Fucking Tech-house'."

Read this next: What is an NFT?

The pair claim to have returned to the US with a reinvigorated passion for their project — all down to their altering experience on the White Isle.

Grinding away for years to try and popularise and raise awareness for the technology to little avail, until the unprecedented "explosion" of NFTs and blockchain between 2020 and 2021.

The pair are now considering a limited run of "naught af" tech-house-inspired works minted on blockchain, according to NFT Monthly.

Mixmag has reached out to representatives of both Dash and McCoy for comment.