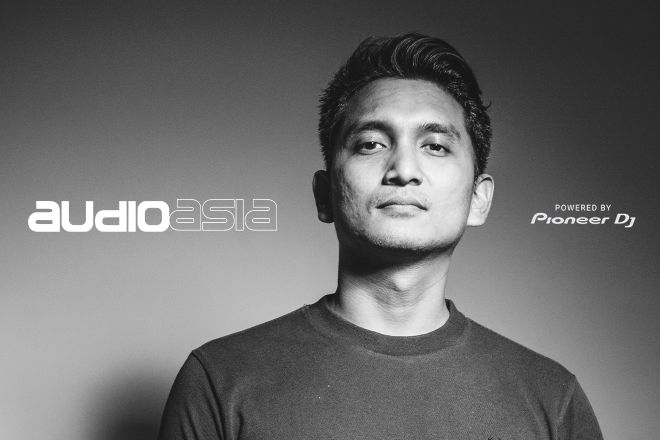 Timing can be funny. In 2017 I remember inviting a younger and wide-eyed Shaheed Naz to perform at the inaugural Mystic Valley Thailand in Khao Yai as part of his group DANGERDISKO. After a long hiatus, the festival finally returns for its sophomore edition this weekend and as I'm packing my bags for the trip, I'm presented with Shaheed's latest piece of music to review under his new solo moniker NAZARUD.

NAZARUD has come through with a new EP titled 'Larut' by way of MyConnected Records out of Malaysia. This is the third outing from the newly launched team, who have made a habit of capturing lightning in a bottle with their deep, progressive and melodic dance floor format. MyConnected has a founding mission statement to ‘’inspire through the showcasing of local artists to the world, and artists of the world locally’’. After featuring releases from the Netherlands Tweaken, followed by UK import Also Ken, the label finally goes full circle with MYCTND003, thrusting Malaysian talent into the spotlight.

A lot has changed in the past three years, and as so many of us have done previously it seems Shaheed is out with the old and in with new. 'Larut' marks a stepping out of sorts for Shaheed, a departure from his previously cheery and playful DANGERDISKO productions. 'Larut' is dark in texture, a trippy jaunt from start to finish that elegantly dances over the collision of eastern themed strings and deep melodic key progressions. The well-used implementation of panning with the percussion creates a consistently hypnotic element, with the kick, snare and hi-hat remaining centred, while different bells, brushes and claps come through the speakers from left to right. The track starts in a mellow format, slowly building upon itself layer by layer adding synths, strings and melodies in a progressive increase of intensity until the crescendo is reached after the drop in what can only be described as an electrifying moment. 'Larut' is a well-crafted outing and a single suitable for playing with energy levels on the dance floor.

The EP comes with two tracks and on the B-side you can find Also Ken at work on the remix. The tempo is boosted but maintains the deep and melodic qualities of the original with added bass and dance floor energy.