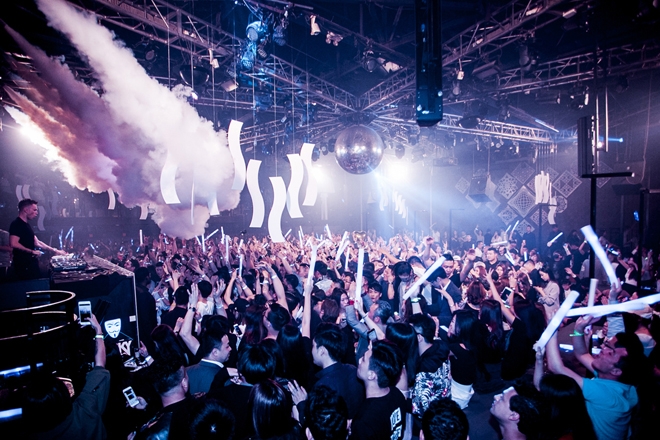 WeChat was buzzing this weekend with reports and videos of a brawl that broke out in front of MYST Club in Shanghai that videos show lasted into daylight hours. The videos also show dozens of people alongside police scrapping outside the club.

That said, a lot of details surrounding the incident have vanished from the Internet including this article. The WeChat account belonging to MYST, which first published the initial statement below, is also offline although both the club's Facebook page and website remain open and make no mention of any incident or closure.

But according to a newly published story by That’s Mag that corroborates the statement, the nightclub said it would be closed as of June 9th following an “internal investigation on certain market rumors."

City Weekend in China also published a screen grab of the message. 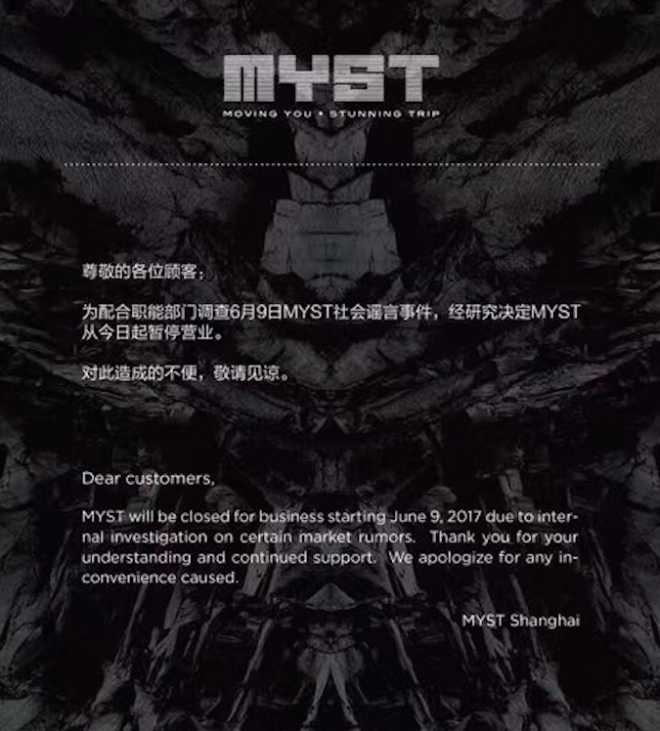 City Weekend also reached out to the club and were assured that the stories surrounding the brawl were "gossip" and that “some kind of accident” occurred at their entrance.

Despite the immediate closure, a manager at the club told the That's Mag he is optimistic that MYST "may move you on stunning trips once more, expecting the club to reopen in future after some adjusting."

MYST is one of Shanghai’s most popular dance music venues in both local and expatriate circles. It’s hosted a long list of international heavyweights like Deadmau5, Zedd, Major Lazer, NERVO and Ferry Corsten, amongst others.

For those without access to WeChat, we'll keep you updated as the story continues to unfold.