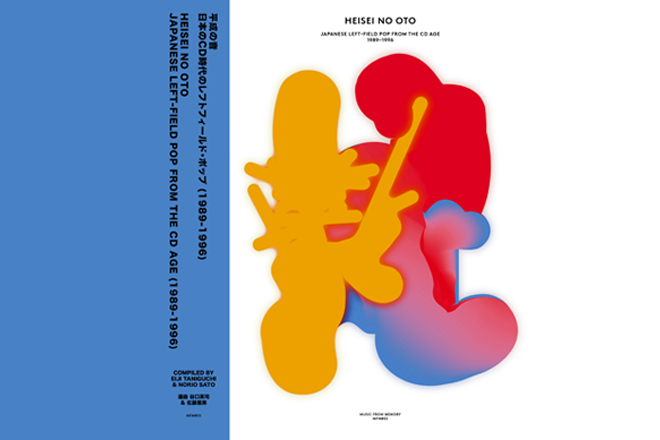 Music from Memory is releasing another intriguing compilation, Heisei No Oto – Japanese Left-field Pop From The CD Age (1989-1996), on February 28. The 16-track LP has been compiled by the label’s long-time friends Eiji Taniguchi and Norio Sato.

The collection's title refers to the Heisei era, a period of Japanese history corresponding to the reign of Emperor Akihito from 1989 until his abdication in 2019. During this time, Japan’s economy grew rapidly while its soft power attracted global recognition largely through pop culture.

In the 1990s, commercial-quality CDs were originally churned out by multi-million dollar facilities using sophisticated plastic injection molding techniques. As technology increased, smaller shops would go on to use a faster and cheaper process called duplication, which most of us might know that involves burning audio directly into the lacquer of ready-made discs. This made releasing a CD fairly simple, which resulted in an inordinate amount of independent releases during this period.

Heisei No Oto trowels into a world of music put out almost exclusively on CD and brings together a captivating selection of discoveries from a little known and overlooked part of Japan’s musical history. There is production by Yellow Magic Orchestra’s Haruomi Hosono, recently-lauded Japanese composer Yasuaki Shimizu, known for his interpretations of the music of J.S. Bach, and the multi-instrumentalist Toshifumi Hinata who recorded several albums released only on CD throughout the late 1980s and 1990s. The compilation also features Japanese pop star Yosui Inoue who is hailed as the Bob Dylan of Japan, producers Jun Sato and Keisuke Kikuchi together with other less established artists from the jazz, new wave, pop, and dance music scenes.

Listen to Dream Dolphin’s track ‘Take No Ichi’ from the forthcoming compilation here.

[Via Music from Memory]