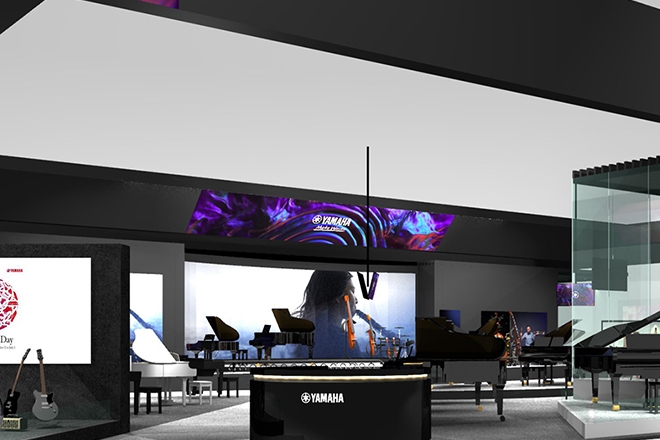 There are far more facets of the music industry that make it a largely independent eco-system of economics than people imagine. Right now, in today’s pandemic-struck world, that eco-system is a prevalent driving force (in the digital world) while being in absolute shambles in just about every other area of the music business.

The announcement of the impressive Music China Expo to also operate as a virtual market bridges that disparity for the current moment as well as the foreseeable future. China Music is normally held in Shanghai and attracted 122,519 attendees from 78 different countries last year.

This move says a lot about the world’s second-largest economy. It says a lot about China’s desire to be innovative and revolutionary about an arts and entertainment sector that has been largely neglected in many other parts of the world this year. “Music China will play a crucial role in helping speed up a recovery in the musical instruments industry”, says Miss Judy Cheung, Deputy General Manager for the Expo.

From audio and sound products, software, apps and new technologies, premium instruments and education, Music Expo is probably the world’s largest music one-stop-shop. Some of the brands you’ll find at the Shanghai event include AKG, Casio, Pioneer DJ, JCL, Yamaha and Kawai. The fair will still run as a live event at Shanghai New International Expo Centre from 28 to 31 October, in partnership with China Musical Instrument Association, Shanghai INTEX and Messe Frankfurt, one of Europe’s oldest and largest trade show organisers.

In addition to the trade show aspect of the fair, the four-day event also includes live performances, guest celebrities, competitions, product demos and an education-focused platform that offers lectures, seminars and workshops by scholars and leaders of the industry.

We can only guess that this year will see an interesting change in electronic music instruments, software and other technology — industry leaders and innovators will likely agree that 2020 may have changed the structure the music industry forever.

China Music Expo takes place at the Shanghai New International Expo Centre from 28 to 31 October, 2020. You can find out more here.