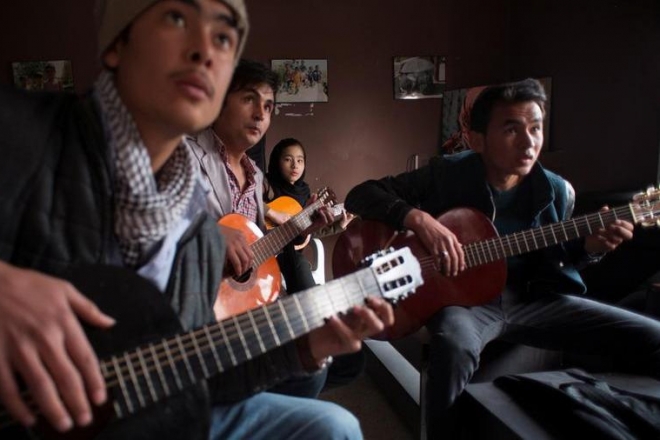 The Taliban has announced that it will ban music in public, dismissing it as “un-Islamic”.

In an interview published by The New York Times about how the Islamic group intends to run the country, Taliban spokesman Zabihullah Mujahid, who is widely considered to be the next minister of information and culture, said that “music is forbidden in Islam."

“But we’re hoping that we can persuade people not to do such things instead of pressuring them.”

The Taliban had previously banned music in the country — along with television and cinema — when it ruled from 1996 - 2001, with the only exception being some vocal religious pieces with no musical accompaniment. Instruments were destroyed and those found with cassettes were punished.

Despite claims that the movement would be more liberal this time around and downplaying any concerns around its treatment of women, there are fears that the country will soon resettle into the same repressive regime as 20 years ago where people were punished for breaking laws by public punishments, floggings, amputations and more.

In the same interview, Mujahid said that while women will eventually be allowed to return to work and school as long as they wear a head covering, they would need a male chaperone for trips that last several days.

Since the Afghan government fell and the Taliban swiftly took over earlier this month, radio and TV stations have only been playing Islamic songs. It’s not clear whether that was by order of the Taliban or if it was done as a precaution.

Over the last 20 years, while an American-backed government ruled the country, Afghans discovered music with the younger generation even gravitating towards western music like rock and hip hop. A music scene even started to emerge. Now, according to some reports, many musicians and music students are in hiding, fearful that they will be targeted by the Taliban.