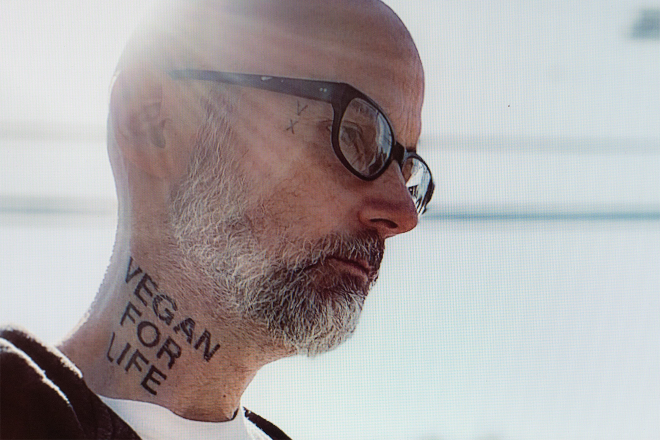 Ease into 2023 exactly how you want to spend your year: decompressed, relaxed and without a worry in the world. Need some help? Start with a gummy, and then pair it with Moby’s new album, which he says was made to help anxiety…because who needs that after what we’ve just been through?

The weightless two-and-a-half-hour-long LP is called Ambient 23 and was released on January 1. According to a social media post by Moby, the album was recorded using “weird old drum machines and old synths” and is inspired by some of the artist’s early ambient heroes, including Martyn Ware, Brian Eno, Jean-Michel Jarre and Will Sergeant.

He went on to say the album was designed to tackle mental health struggles and “help anxiety (my own, and hopefully yours, too).

“For 2023 may we all be less anxious (and may we all stop looking for validation from a culture we don’t respect…).”

Beyond being an album for deep listening, the musician and celebrity activist hopes each of us will find special meaning in his videos and music. Even if it’s just playing in the background, it’s intended to create feelings of calmness and peace. “I presumptuously hope that if someone pays attention to the music/videos they’ll get something out of them,” he said.

Ambient 23 follows his 2021 album Reprise, which was created together with the Budapest Art Orchestra. It re-envisioned some of his most recognisable rave classics and anthems with new arrangements for orchestra and acoustic instruments. In 2022, he launched a new label called Always Centered At Night which focuses on emotional, atmospheric and potentially beautiful music. Moby's first ambient album was released in 1993.

Ambient 23 was released on January 1. Listen to it here.