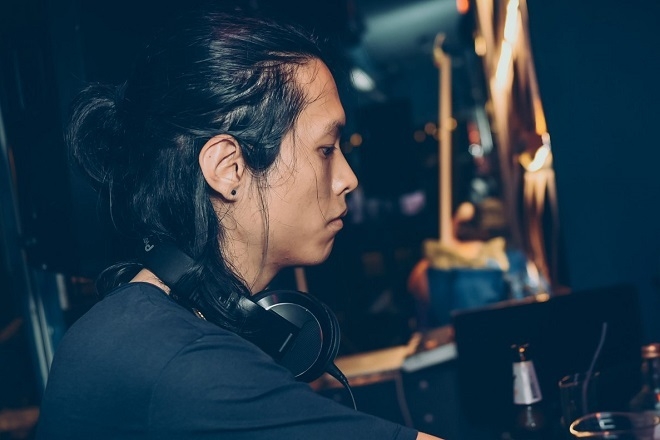 Bangkok-based producer DOTT is back in release action, serving up a selection of club-focused jams on the new 'Puppy Luv' EP.

Apparently inspired by an undying love for his charismatic (and flamboyantly coiffured) pet dog, Melinda, the EP sees DOTT aim directly for the dancers, with three original cuts alongside a remix from Titonton Duvante. The EP arrives as the second instalment from Thailand/Pakistan-based Jugaar Records, following on from last year's 'Vinland In Space' EP from label co-founder, Rudoh. DOTT has been in prolific form of late, firing out tunes at an impressive rate, with each release exhibiting new strings to his ever-expanding sonic bow.

The EP opens with 'What Am I Gonna Do', with swung beats and rubber band bass propelling the groove as rush-inducing sweeps rise over paranoid bleeps and swells. Next, the tough snare rhythm and meaty kick of 'Spacey Mango' march through a stripped landscape, with snarling acid bass unfurling over the late-night fog. Blending fierce beats with blissfully floating pads, the title track is a definite highlight, endowed with heads down swagger while enlivened by the tripped-out synth work that has become a signature of DOTT's hard-hitting sound. Finally, Residual Recordings head Titonton Duvante steps up with his take on 'Puppy Luv'. Here, the Ohio-based producer pulls back the drums, embellishing the synth lines with delicately woven melodic threads while reforming the arrangement for a saucer-eyed backroom bump.

DOTT 'Puppy Luv' is out on February 15 via Jugaar Records. You can pre-order it here