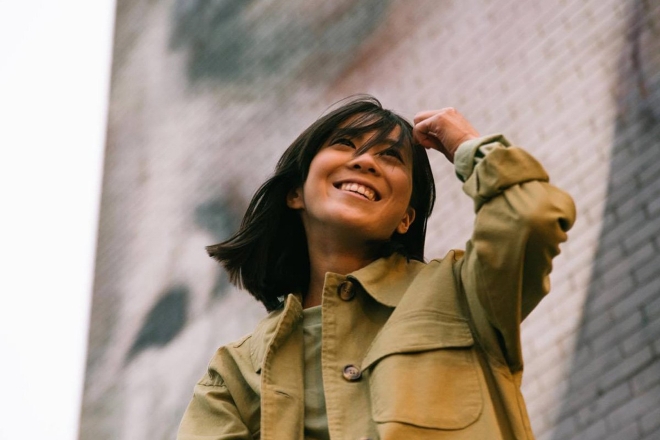 If you haven't heard the name Manami yet then we urge you to make a mental note now. The Japanese producer, DJ and pianist had a unique upbringing, being born in Tokyo, raised in the UK but now choosing to reside in Bristol. The diversity in her formative years bleeds into her productions and when combined with her classical musical training the results are enchanting.

While her production portfolio is slim, with only four releases to date, the combination of quality and range in her sonic hemisphere is impressive, to say the least. From the indie dance vibes of 'A Dreamer's Dream' to the Italo dripped 'Plastic Italo' and the glitchy breakbeat rhythms of 'The 2000's'; Manami has tastefully surprised on every release thus far balancing across genres including ambient, left-field techno and disco. We should mention that Manami has been making quite a buzz for herself without productions, hosting regular radio slots on NTS, Worldwide FM and Rinse FM.

Then just when you start to put her sound in a defined box, Manami drops her first remix, a club-ready reimagining of Juno Mamba's '1996'. On this release, Manami spreads her wings even further, fully emerging her feet into the pools of trance and techno. She cites the originals vocals and euphoric synthesized tones as favouring a trance leaning reinterpretation.

If Manami has caught your attention then you're not alone. The artist is currently represented by Higher Ground, the agency that also looks after Bicep, DJ Boring and Jayda G to name a few.