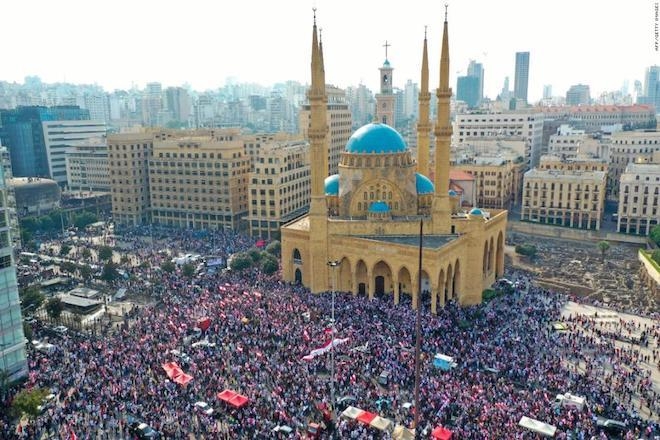 For almost a week, Lebanese protesters have been coming out en masse demanding political reform. Hundreds of thousands of citizens have assembled in Martyr’s Square for anti-government protests. However, instead of taking a dark or violent turn, the protests have instead turned into massive dancing parties.

The protesters have become DJs, sharing music and dropping beats through their phones - and peaceful gatherings ending with dancing. Adding absurdity to the fun, viral sensation children’s song ‘Baby Shark’ (over 3 billion YouTube views) has become the protesters’ unofficial theme, as they sing and dance to the innocuous tune.

These are the largest demonstrations in the country since 2005, kickstarted by a proposed government tax on WhatsApp calls. The Lebanese government has now agreed to reform regulations, but there’s really no telling where this party will end.

Meanwhile in Hong Kong’s protests, a laser pointer party took place. With thousands of protesters of the now withdrawn Extradition Bill gathered in front of the Space’s museum, the crowd pointed lasers, sand, danced and did hand-shadow puppet shows, all projected onto the side of the planetarium. The impromptu fun offered relief from the tense atmosphere in recent weeks.