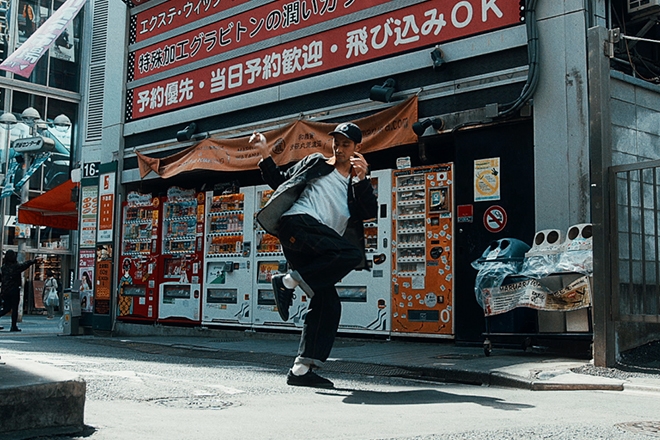 More soulful-groove energy comes our way in the form of a street style music video courtesy of Lay-Far for his most recent EP ‘Seasons of Change’, which was recently released on Japanese imprint Eureka!.

Lay-Far describes the essence of the video to Mixmag Asia by saying, “this music video concept is organic for me as an artist as I’ve been a part of house dance culture since late 2000, both as a dance and battle DJ, and then becoming the key resident and a member of the legendary Footwork House Jam Party in Moscow, which celebrates 10 years this year.” The Moscow-based DJ, producer and label owner has been a driving force in the Russian soulful and deep house scene, and has consequently has marked himself on the international circuit as a one of a kind artist. He’s been described by Mixmag Russia as “one of the most in demand Russian producers and DJs internationally at the moment”.

He has a distinctive and distinguished style of producing and DJing, backed by his background as a Battle DJ — you can always expect an array of house influences from broken beat, hip hop aesthetics, raw and organic drum samples, soulful vocals and riffs and a lush sense of subtlety in his music. If we’re to get a bit more static in describing his style, let’s say you can expect to hear a crossover of rare disco and boogie, afro-latin grooves and seriously stylistic house, but all presented in a Lay-Far fashion.

Lay-Far has been a fan of Asia for some time, having toured the region several times and amassing a steady fan base that anticipates his next shows and releases. For this recent EP, he takes to the streets of Tokyo with a crew of dancers, backing his ‘All Massive’ broken-beat thumper of a tune. ‘All Massive’ brings soulful heat with pure selecta vibes.

Check out the sweet video below.