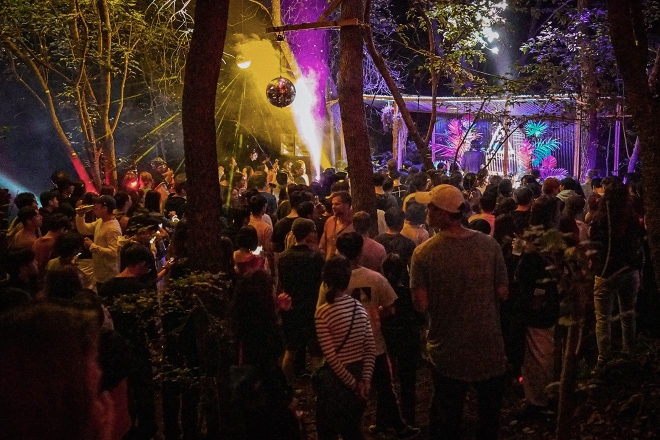 Because clubs just don’t cut it anymore; the people have spoken, and they want authentic experiences!

There is something about the allure of peering between the trees to discover a dance floor that has music fans trading the confines of a club (and subsequent soft beds and showers) for a weekend in the great outdoors exploring the relationship between music and nature.

For those music fans in South Korea, on the outskirts of Seoul lies a forest floor flanked by lush greenery where music and nature meet for a dance under a disco ball. It’s also the home of The Air House Festival, an annual underground electronic music festival (before COVID, that is) that looks to rekindle the forgotten romance with PLUR. The festival returns for its fifth edition after a two-year break, inviting its audience old and new to reunite for 48 hours of late-night revelry in a natural setting. 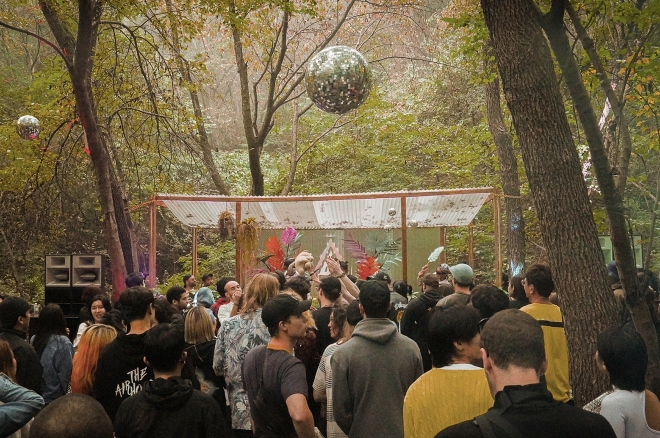 The festival is curated by Radio Revolution who looks for artists who have made an impact in shaping Korea’s underground music scene and prides himself on unearthing rare sonic gems and loudly putting them on display across his two-day non-stop earthy extravaganza. And there's no forgoing sound quality in the forest: the event is powered by a monstrous Funktion-One sound system. After two years away, he just asks music to join him in celebrating life again. See the full line-up below: 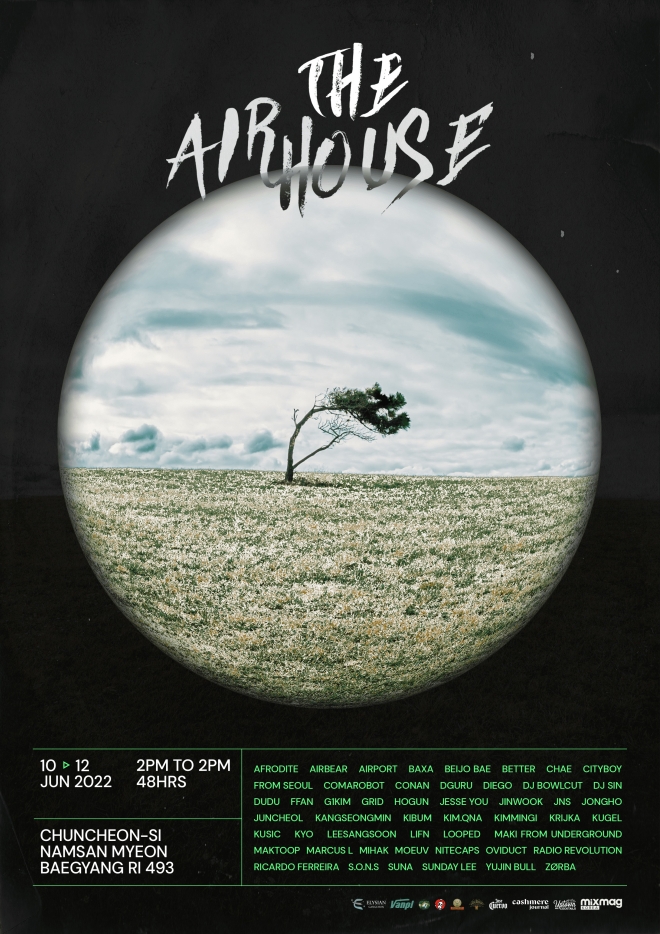 The Air House Festival kicks off on Friday June 10 at 2pm and goes until Sunday June 12 at 2pm. If that sounds like a challenge to power through all 48 hours, we hardly think you’ll be alone. Just two hours outside of Seoul driving near Gulbongsan Station, The Air House Festival is an easy weekender for anyone looking to escape the city and be back in time for work on Monday (you might need to not come back from lunch on Friday, however).

Camping is, obviously, recommended but not included. Accommodations can be found nearby too. Find more details on sleeping under the stars on the website here.

“You can find happiness in The Air House," the organisers promise.

Who’s joining the revelry this year?

The Air House Festival takes place from June 10–12 here. Tickets are near sold out but some remain up for grabs here. Wanna get into the mood? Head to the pre-party on Saturday May 28.