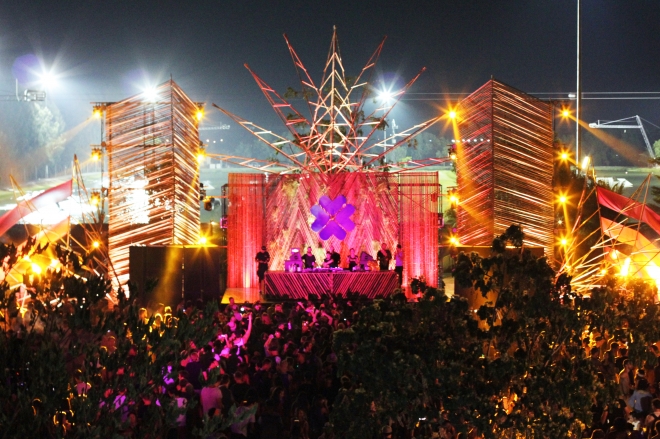 This year will see the event expand in variety from its previous editions both from artist line-up and the event format but continues to offer a fully immersive party experience combining music, art, sport, interactive daytime activities and top class nighttime party vibes.

The main stage will be revamped into a new 180-degree formation with multiple platforms where fans can experience the main acts from different heights as well as a second lake side stage.

The venue itself boasts a relaxing lake side atmosphere that will also feature gourmet food, an arts and crafts market, performances, art displays, graffiti, massages, wake boarding and swimming facilities.

Tickets start at 1,850b and can be purchased here.

Born in Bangkok 2011, Kolour is most famous for hosting Bangkok’s biggest sunset parties. The team have hosted over 30,000 guests in 20 locations around Bangkok with the world’s most sought after DJs including Sven Väth, Oliver Koletzki and Booka Shade and also collaborated with some of the industry’s biggest names like Wonderfruit Festival, 808 Festival and W Hotel.