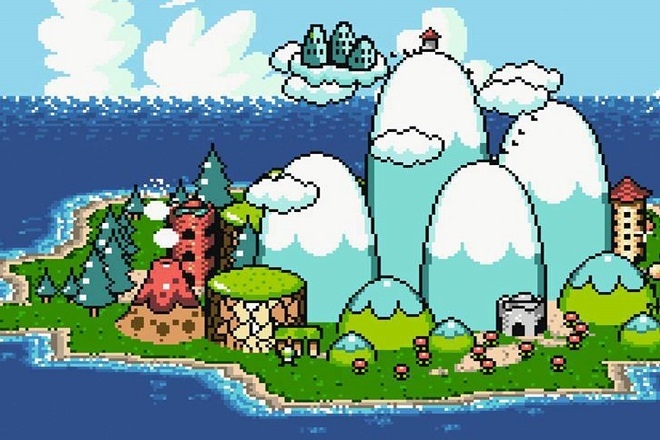 Online music resale marketplace Discogs recently published the September 2021 edition of their monthly rundown of the most expensive titles sold on the site, and it appears that video game triggered nostalgia has factored into at least one buyers purchasing habits.

The sales charts are always a fascinating read. This month – perched among the usual suspects comprised of limited edition albums by the likes of The Beatles, Pink Floyd, Joy Division and the likes – was a slightly surprising inclusion. Japanese composer Koji Kondo's Nintendo game soundtrack 'Super Mario Yoshi Island Original Sound Version' stood proudly in 15th position, with a CD version of the album selling for the not insubstantial sum of US$2,313. The 26-track album was released in 1995 on Nintendo's own NTT label and was one of over 40 titles composed by Kondo – whose catalogue of work is made up almost exclusively of video game soundtracks. Along with the Super Mario Series, Nagoya-born Kondo was also responsible for providing the soundtracks for the Legend Of Zelda series.

While shelling out over 2000 bucks on a video game soundtrack CD may seem excessive, it isn't unusual to see electronic music titles feature in the most expensive sales lists. The highest-priced sale to date arrived in December 2020 – with a mind-boggling US$41,095 shelled out to purchase a special promotional copy of obscure act Scaramanga Silk's experimental electronica production 'Choose Your Weapon'. Even the artist responsible for the work scoffed at the amount of money spent on his creation. “It is very difficult to understand why the release went for that kind of money,” said Scaramanga. “I do not believe that any record is worthy of such a valuation.”

The second-highest price paid for an item on Discogs is US$25,500 for 'The Black Album' by the late, great, purple one, Prince. Meanwhile, topping September's list was a promo version of the eponymous 'The Velvet Underground & Nico' – featuring Andy Warhol's iconic banana designed sleeve – which sold for US$4,999.

You can take a listen to Koji Kondo's creation here and decide for yourself whether or not you think the buyer scored a bargain: