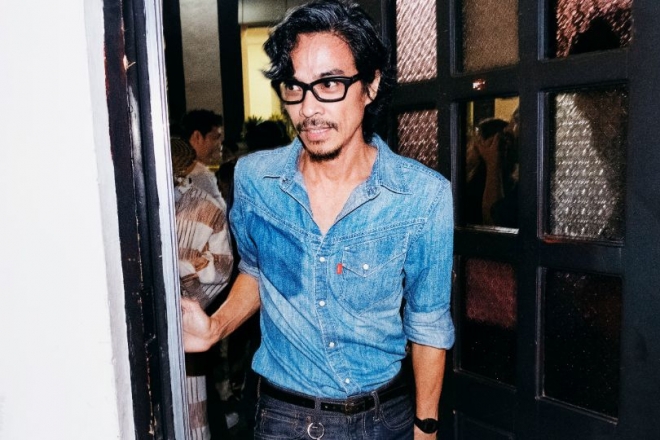 It’s not easy encapsulating Kiko Escora and the impact he’s made in the Filipino creative scene. The trans-generational artist, DJ and industry disruptor has always stayed true to his being despite the ever-tumultuous changes and fickle opinions across scenes. Perhaps that’s what makes him singular, and enduringly effective. 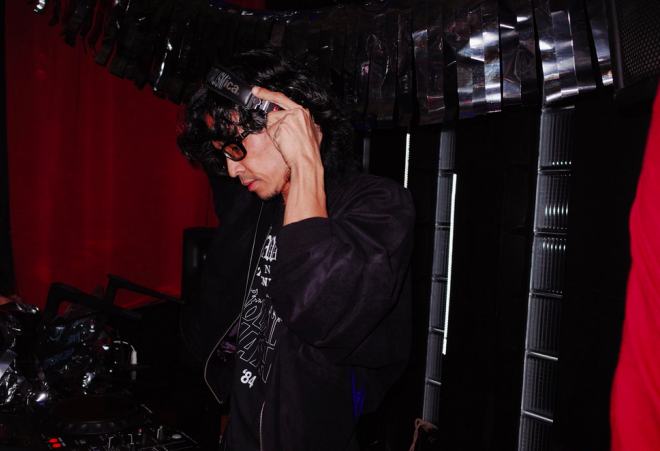 Beyond gracing countless local and global art shows, magazine spreads and features, Escora has also carved his own corner in the nightlife scene. From pioneering parties across the metro to being billed with DJs and live acts, it wasn’t intentional that he aimed to be behind the booth in the first place. 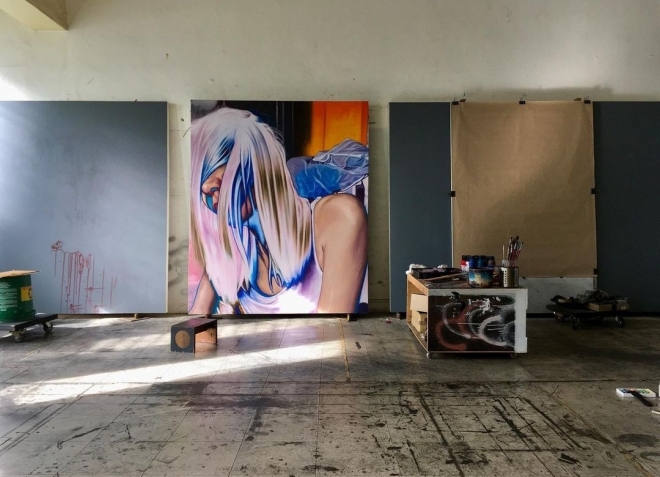 “I started DJing because of FLUXXE back in 2005,” Escora shares about one of the parties he co-founded that saw the heydays of electro, punk, techno and indie dance. “It never really occurred to me that I would be a DJ back then. We, almost all the early DJs for FLUXXE, had no clue what we were doing; we just wanted a banging party.”

Escora approaches his musical style similar to capturing his subjects in the moment and head-on. Often blasting the likes of Cabaret Nocturne, Roman Flügel, Buzz Kulls and Boy Harsher, he lives for the grit and the rebellious.

“I must admit that I am not well-versed in the terminologies of musical genres. I just listen to a song because I like it even if I don’t know what it’s called; but yes, I guess I am partial to electro when I’m DJing, he explains. “I like the droning electronic beat, the sharp sticky bass, and the heavy wall of synth: and what I like even more is the deadpan confidence in the tracks; the I-don’t-give-a-flying-fuck-if-you-like-my-song-or-not-and-that’s-why-I’m-playing-it” attitude. I like the coolness, or should I say the coldness of the whole electro vibe.” 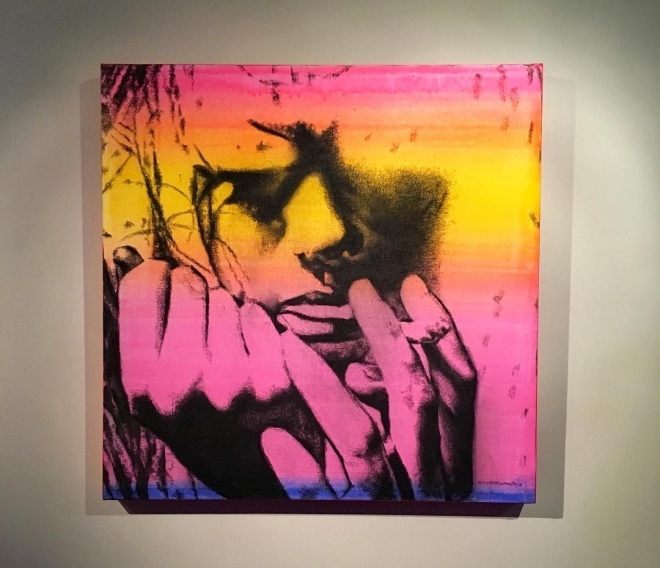 His taste naturally seeps into his artistry, often painting friends in nightlife or with pops of visual punk and edge reminiscent to raves and strung-out revelries. “It does affect my work as a visual artist: helping me explore more “acidic” color palettes and incorporate more graphic elements in my works for a while now.” 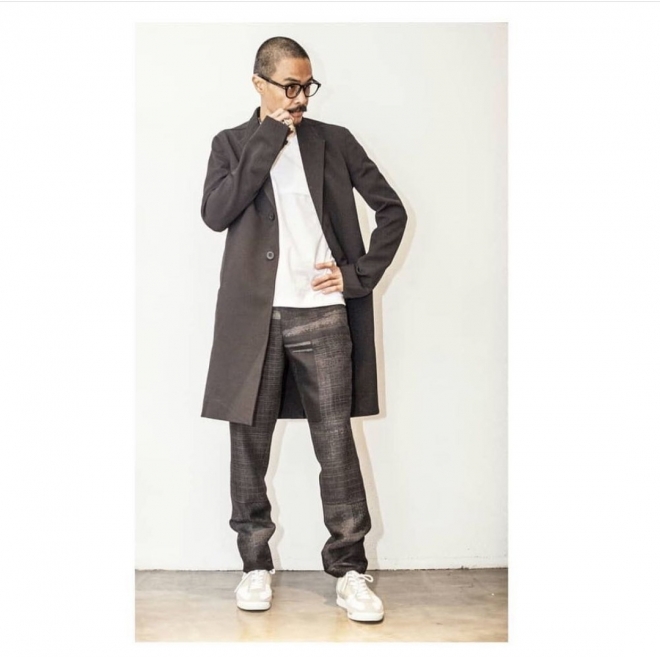 The pandemic may have seen digital shifts to gigs and exhibitions. However, like many creatives, it hasn’t been the most ideal situation.

“The pandemic definitely has affected my art practice, both in a bad, and fortunately a good way. At the beginning of the lockdowns, the anxiety and paranoia were almost crippling, but I was able to use those emotions in my work either as subject matter or as driver to produce,” he says. “I have works that are heavily inspired by nightlife, and they are in the back burner for now. In general, my works since the start of the pandemic until now has become a bit acerbic; I guess it’s difficult to escape from the overriding doomer climate of the moment.”

Decades before corona hit the world, Escora is living through all the parties, whether behind the booth or on the sidelines taking it all in. He’s never been coy about mincing words. Yet, his critical but open-minded views have unintentionally mentored DJ’s and artists who seek authenticity, as well as undoubtedly, helped push the local subculture further. 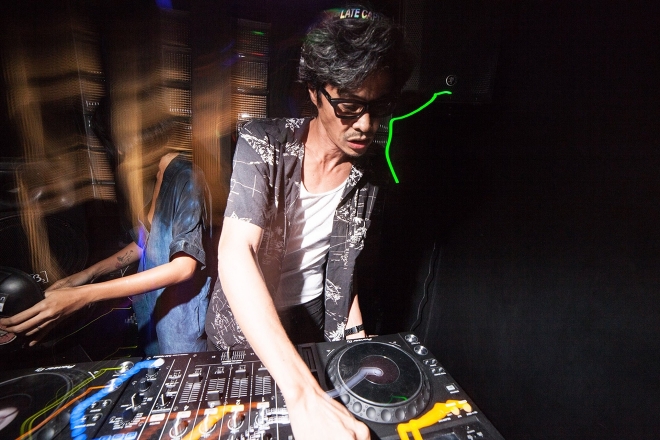 “The human condition is the same then and now: everybody just want to have fun. The difference is in the production of fun. It’s so much easier now with all the new technology, gadgets, and the internet. You can even throw a party nowadays without having a venue, and everybody is a DJ, which kind of good, but not entirely,” he quips. “Conformity and an overtly fail-safe attitude are recurring and prevalent in the local scene. Concept wise, there is hardly any element of danger. The themes are “safe”, the music is “safe”, the DJs and their sets are “safe”. The idea of excitement is very shallow; just enough to tide an average patron over the weekend -except for a handful of exceptions, of course.”

He continues: “The good thing though, is that the audience -some of them anyway, is always up for something different. They will embrace good energy, or vibe -even if it’s different from what’s popular, even if the music and the DJ is unfamiliar to them, as long as it is properly presented and shared to them.”

A gift Escora bears is he is both critical yet hopeful, particularly when nightlife in the Philippines reopens.

“One of the things I’ve learned from this pandemic is that things can change so unpredictably. But I believe there will be a change, especially in the people’s part. I feel that a deeper connection with fellow revelers will be in order. A better appreciation of fellowship and celebration.”