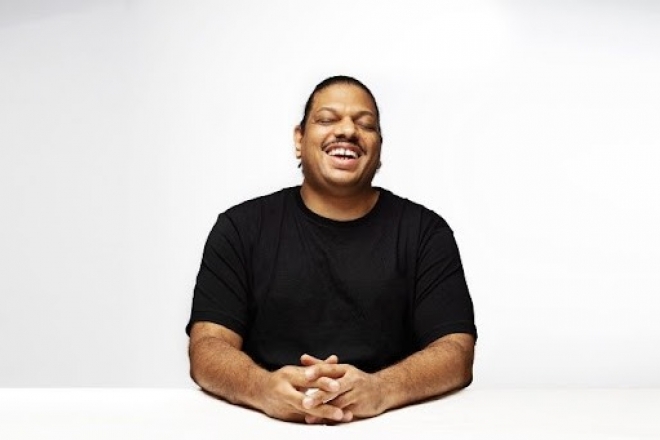 Following the announcement of Kerri Chandler’s first new album in some 14 years due for release this October, the DJ and producer has revealed how he produced his next record.

‘Spaces and Places’, according to Chandler, was written and recorded between 24 different clubs over several years while on location.

The New Jersey-born producer also added that each world-renowned club - which includes Sub Club, Ministry Of Sound and The Warehouse Project - holds a special place in his heart with ‘individual relationships’ to him and his work.

In his first full-length release since 2008’s ‘Computer Games’, Chandler explores house music through his experiences clubbing and pays reverence to the spaces that led him to his awe-inspiring career.

Read this next: 21 in 2021: Subterranean gems mined from Asia's polychromatic dance depths

“The first time I stepped into a nightclub was with my father as a child. I saw the magic of what a club space could sound and feel like as my Dad set up the DJ equipment at The Rallye Racquet Club,” he said.

“Hearing the power of those huge Altec Lansing "Voice of the Theater" Speakers and Horn-loaded JBL subwoofers fascinated me! In the late 80s, I was spoiled sonically by playing on several Richard Long Sound Systems around New York and New Jersey.”

Through 24 tracks recorded and produced in a ‘temporary recording studio’ in the centre of every nightclub, Chandler expressed how each venue and its system is “unique and specific”.

Read this next: Jakarta’s Nandi dishes up a connoisseurs serving of house delights

“This is why ever since I first ventured away from home, I have been infamous with my soundchecks at any space I have performed in. I make sure, with the help of the engineers in these ‘Spaces and Places’, many I have known most of my career, to get the best from each system,” Chandler says on the new record.

“I wanted to express the love of what could be possible in capturing my productions in the venue, from the heart of each space, right on the dance floor and I translate it onto this album, which I created over the course of 4 years and 24 venues later.”

‘Spaces and Places’ is due for release in October. Find more information on the record here, and listen to one of the first released tracks recorded in London’s Printworks below.