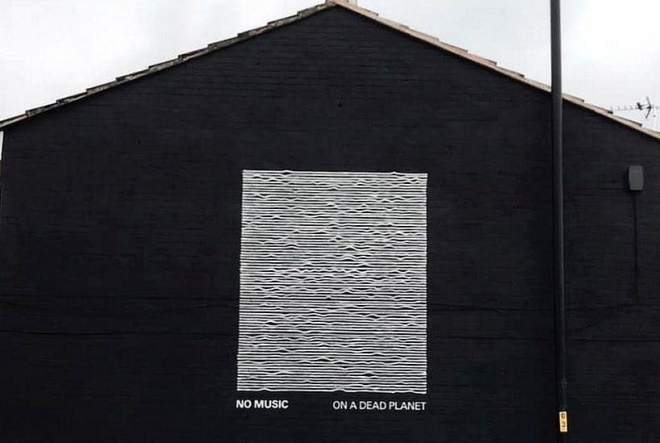 Joy Division’s iconic Unknown Pleasures artwork has been reworked as a mural aimed at raising awareness around climate change in Manchester.

The album artwork was originally designed by Factory Records cofounder Peter Saville in 1979 and was based on showing radio emissions given out by a pulsar, or a “rotating neutron star”. Earlier this year it was redesigned by Saville himself with flat and lifeless lines said to symbolise “the eternal silence of a dead planet”. The logo was emblazoned on t-shirts as part of a campaign called No Music On A Dead Planet by Music Declares Emergency (MDE) and was backed by artists like Billie Eilish, Thom Yorke and Foals. 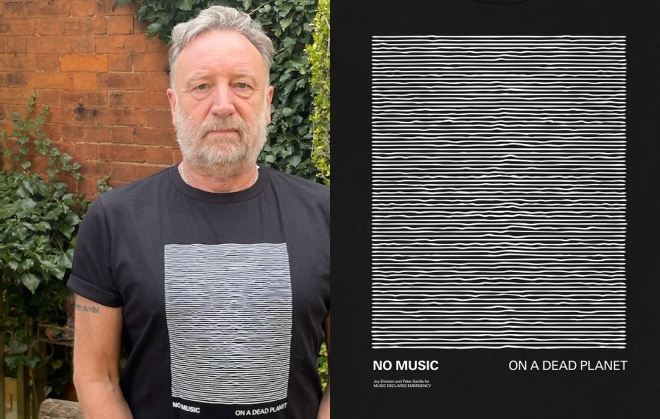 “The truth of the matter is that the world is terrible trouble now and if we don’t look to address the climate emergency facing the planet immediately then ourselves and all future generations face tremendous problems,” Joy Division bassist Peter Hook said to NME. “If everyone can look to make changes, we could all have a huge impact.”

If you’re in Manchester, head to Withington to see the mural, which is part of a wider campaign calling for “urgent action on climate” ahead of the COP26 UN Climate Conference in Glasgow.

Music Declares Emergency is a group of artists, music industry professionals and organisations that stand together to declare a climate and ecological emergency and call for an immediate governmental response to protect all life on Earth.

“We believe in the power of music to promote the cultural change needed to create a better future,” their website reads.