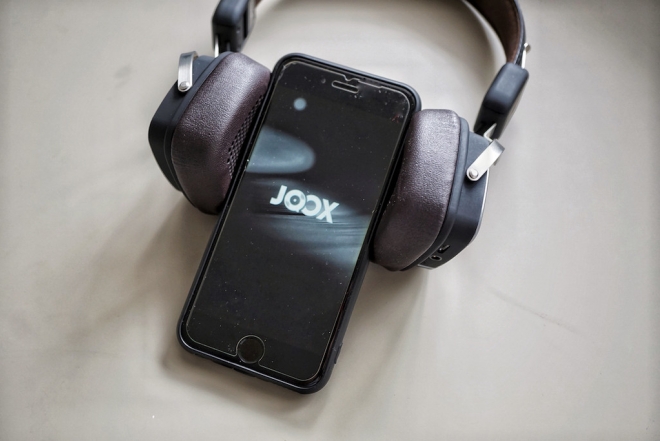 When it comes to nightlife, it’s not just dance clubs that have taken a toll from the 2020 pandemic — has anybody thought about the karaoke scene? It’s one of the most popular nocturnal activities in Asia, and its recent development into the digital and app-based world has proven that its popularity is worth shedding some light on, especially in the light of positive news for karaoke fans.

JOOX is a hugely successful DSP launched by Chinese media giant Tencent in 2015. Apart from its primary streaming function, the platform has just announced the latest addition to its application called Quick Sing — a K function that allows users to sing full songs with a heap of customisable and fun features. Between February and June this year, JOOX claimed they observed a 30% increase in K users across Southeast Asia, including Malaysia, Hong Kong, Indonesia, Macau, Thailand and Myanmar.

The new feature lets you do more than just sing, it pre-selects the chorus parts, which are more often than not the most exciting, of your favourite song, and gives you a customisable and highly interactive role to play as a wanna-be star behind the mic. For those who are deep into lyrics, you can also select any of the verses in the song. You don’t just get to sing, you can get your dance moves involved too with the access you get to music videos, beauty filters, stickers and the ability to tune your voice. You’re also encouraged to earn points and perhaps build a socially-fuelled career — the more you submit your songs, the higher the chance you have of winning prizes in their various Quick Sing Battles.

Meanwhile, Spotify also appears to be building its own, in-app karaoke feature. Still unreleased, Spotify Karaoke Mode was noticed by reverse engineer Jane Manchun Wong, who is known to pry into the code of various apps and unearth what companies are testing. Her latest discovery suggests the vocal level in the feature will be adjustable. She’s probably not wrong since she’s previously discovered Spotify features like video podcasts and virtual concerts. 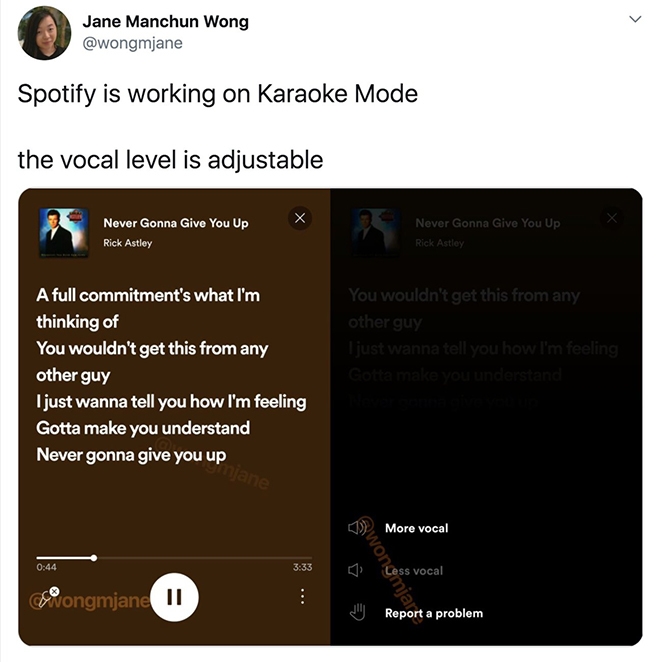 The company’s entrance to the app-based karaoke business was predictable, with Tencent Music Entertainment (TME’s) WeSing app serving as a shining success story of how popular the service is. Last year, TME claimed that WeSing users generated 10 million recordings per day, and accounts for 77% of China’s online karaoke user base.

Karaoke and your mobile phone could just well be a technological marriage of globally trending phenomena that may blow up to be a power couple we never knew we needed — until now.