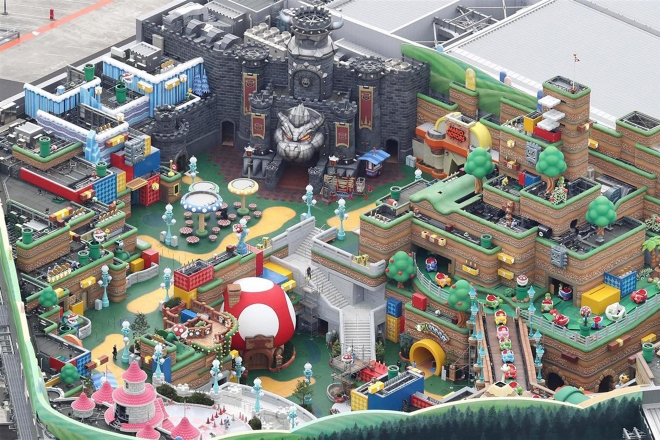 You’re not alone if go-karting through the streets of Tokyo dressed head to toe in onesies as Mario, Luigi and Yoshi from Super Mario Kart is at the top of your bucket list. But rumour has it that the IRL game of Mario Kart will soon be no more after Nintendo filed a lawsuit and the company operating it struggled from the fallout and a lack of customers due to the pandemic. Fortunately, you’ll still be able to get your Nintendo-themed fix as Universal Studios Japan is opening a massive theme park project called Super Nintendo World.

The Sankei News recently shared a top-down picture of the colourful amusement park which appears to be nearly completed. From the picture, it appears visitors to the theme park will enter through Peach’s Castle, after which they pass through Toad’s House and other structures that reference various stages from some of the brand’s most famed video game franchises, with Bowser’s Castle off in the distance. Like you would expect, the adventure will be dotted with coin blocks, scaffolding holes, tunnels, Piranha Plants, mushrooms, trees, landscapes and more hugely popular elements from the Super Mario games. We hope the sounds will be a familiar element, too.

And for those who missed out on go-karting the streets of Tokyo, a Mario Kart ride has been built inside the theme park with a Nintendo 64-inspired polygonal design as well an area depicting an ice level, MARIO MOTORS and more. 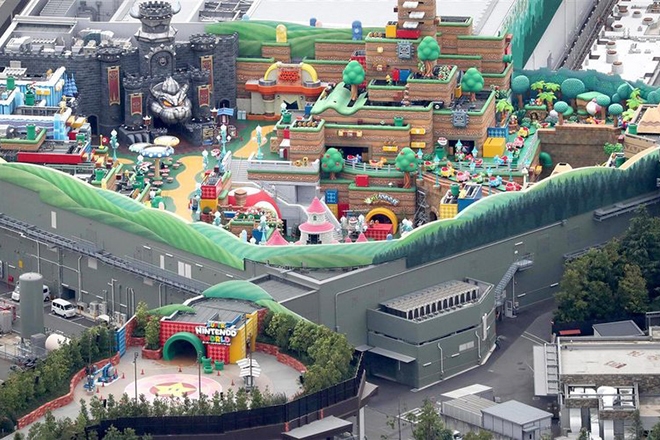 Universal Studios Japan’s Super Nintendo World was originally scheduled to open in 2020 but, you know, shit happened. The theme park is now slated to open in Osaka ahead of the rescheduled Olympics in the spring of 2021. Plans to bring the theme park to Universal Studios Hollywood and Epic Universe park for Universal Orlando are also underway. Talks including Singapore have also been on the table.

But for now, we can just press our faces up against the glass and stare until travel becomes a reality again. At least eat some ramen while you're at it.