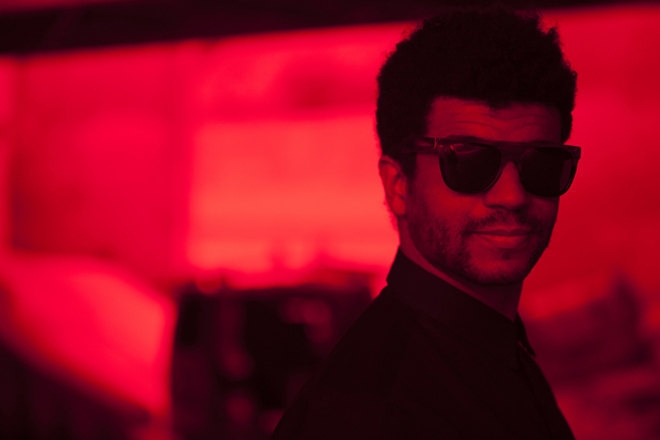 The name Jamie Jones is pretty much synonymous with everything Ibiza and his Hot Creations label is an idyllic embodiment of his seamless and often marathon sunrise sessions on the majestic White Isle. He’s become one of Ibiza’s most prolific mainstays after he broke out of the confines of minimal techno and his Paradise residency at DC-10 is better defined by smooth tech house tunes all the way to dance floor bangers. His residency is only in its third year and already become one of the most hedonistic indulgences on the island and sees DJs like Seth Troxler, The Martinez Brothers, Art Department and Cajmere on regular rotation.

The Welsh DJ’s career has spanned over a decade and after playing a whopping 142 gigs in 2011, he was rewarded by being labelled the best DJ in the world by Resident Advisor. Despite touring relentlessly, productions are pouring out from both his seminal Hot Creations label and his cross genre band Hot Natured with label mate Lee Foss. Ahead of his tour of Asia at the end of this year, Jones together with Foss wanted to familiarize fans with the label and got together to discuss what they think are the label’s most important releases. Get to know Hot Creations below with words from both and catch Jamie on tour in Asia this December.

To catch up on the latest Hot Creations exclusive music from familiar face and blossoming new talents, check out Hot Summer Jams 2 compilation. Stream it in full below.

“Steve Lawler has had a long career and I remember seeing him play many years ago as a clubber. When he sent us this record, I knew straight away that it would be huge – it sounds like it was made in the 90s because of the samples, but Steve added a modern twist to it. Many people tried to imitate this sounds afterwards, but none nailed it as much this one.” – Jamie

“Steve Lawler has had a long career and I remember seeing him play many years ago as a clubber. When he sent us this record, I knew straight away that it would be huge – it sounds like it was made in the 90s because of the samples, but Steve added a modern twist to it. Many people tried to imitate this sounds afterwards, but none nailed it as much this one.” – Jamie

“This is one of the labels biggest “hits” and is probably Miguel’s signature song. This was one of the first songs we released with a strategy behind it. He actually had lost the original project file and it didn’t’ really work when he tried to remake it so I just took the original wav and extended the beginning and end… I felt strongly that we had a hit on our hands and decided to really push the song over the summer, and I put it on a Modern Amusement mix that I did, but the plan was to not tell anyone what it was to build anticipation. It worked well as people clamoured to find out what it was and it built vitality, so that by the time we promo’d it a month before release it was in perfect position rather than being a bit played out.” – Lee

“This was the first song that was released as the full Hot Natured band with all four members, properly under one name. It was a radio hit in the UK, a song that Ali Love wrote the chords and lyrics to over 10 years ago. I added beats, and we (Ali and I) wrote a baseline together, after that we all added the strings and the extra production. I think it’s probably the most timeless record on the label.” – Jamie

“I had been playing a song that Patrick had sent my tour manager Paolo. Paolo, to his credit, convinced patrick to send me some more music, and i instantly recognised his talent. He’s a machine! Churning out bomb after bomb – he has his own sound – and it works on pretty much every dance floor. Mega talent.” – Jamie

“I wrote this on the tail end of the second year of Hot Natured album writing in LA. I was living just off Mulholland Drive, and had created this beat and bass, i was looking out at the clear sky at night and and just said the words planets spaceships over the record into the mic. I still felt it needed something, so I sent it to Daniela form Digitaria, she sent me a load of vocals back but it was the Portuguese countdown that worked. – Jamie

“Richy is part of the label now, he does a lot of A&R for us, and this is definitely his best track to date – great production and a super catchy dance floor track. Richy is definitely one to watch, his next EP Sneaky Acid is an amazing follow up. I’m just glad he stopped naming his records after sexual desires e.g. suck it…. ;)” – Jamie

“This was a record Jamie and I made with Robert James and FB Julian, at a time when we were making a ton of music at the house I shared with Jamie and Richy Ahmed. It was a funny garage type record that flew under the radar but I thought was really different from what we were doing and it always worked when I heard it out. Still works great, and people always ask what it is… hopefully we can make another Pterodactyl disco record.” – Lee

“Yeah this is one of my favourites too. I had found this sample that sounded like a girl singing ‘is Clive alright?’ I had the idea to have a moment in the record where I called Clive Henry (Peace Division, Circo Loco) up and asked him if he was alright. I did it on the sly, and he replied “yeah alright mate’, we both laughed, and that part made it onto the record. I love quirkiness in house and techno. Maybe that’s why cajmere/green velvet is my favourite producer ever.” – Jamie