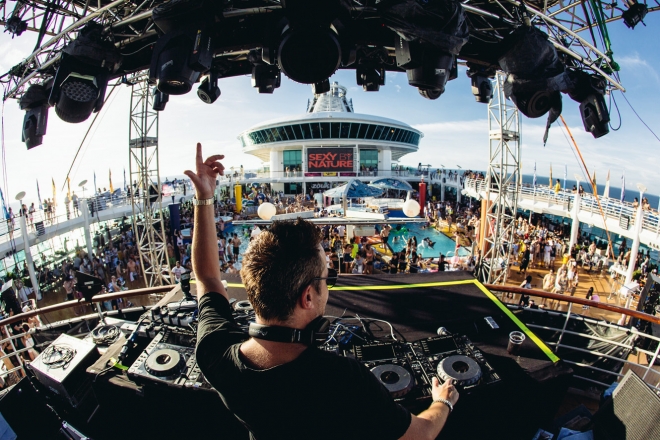 It’s The Ship is offering up a chance for emerging talent to perform on its raucous 4-day cruise across Southeast Asia this year. The organizers have opened up a contest called the Deck Selecta DJ Competition to find 3 DJs from anywhere in the world to perform in front of a 4,000-strong crowd. Travel (without global restrictions) and accommodation aboard the luxurious Dream Cruises’ Genting Dream are included.

To enter, participants must upload one original track and one 45-minute mix (including 2 original tracks and an accurate set list) to either SoundCloud or Mixcloud, entitled “Deck Selecta – <ARTIST NAME>” and fill out the form on the official It’s The Ship website here. The contest closes on July 27th at 11:59pm GMT+8 with the competition open to anyone over the age of 18-years-old.

It's The Ship will sail from November 17th to 20th this year and the organizers have announced that the party will once again start in Singapore but will sail to a new destination: Thailand. In previous years, shipmates have partied in Langkawi and Penang but this time they will be treated to a day beach party in the mountainous region of Phuket. Last year also saw Baywatch star David Hasselhoff host the cruise as captain and his replacement will be "a true icon and the ultimate party starter."

The event, which is hosted by The Livescape Group, has not yet released any line-up info but early bird cabins have already sold out and the event does sell out every year. Find tickets here.

Following a substantial increase in solo travelers over the years, the organizers have also opened up ‘Roommate Match’ initiative for fans traveling alone. It pairs up solo travellers who don’t want to pay the full single occupancy rate (usually the price of a minimum of 2 pax) for the cruise. For more information or to apply for a pairing, send your inquiry to [email protected].