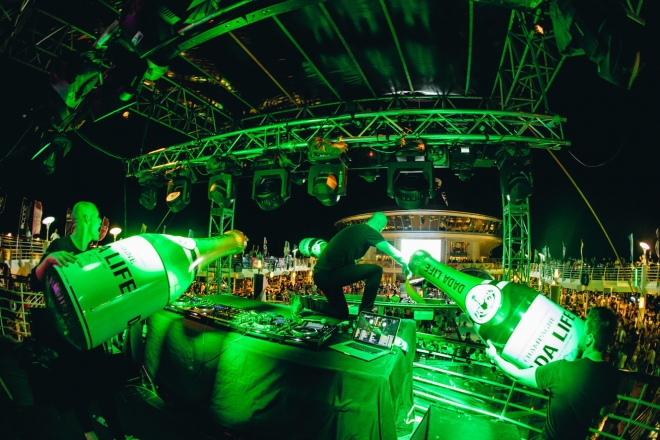 Asia’s only floating festival has delivered a series of announcements surrounding it's 2016 cruise in a high-octane after movie from last year’s sold out event.

It's The Ship will sail from November 17th to 20th this year and the organizers have announced that the party will once again start in Singapore but will sail to a new destination: Thailand. In pervious years, shipmates have partied in Langkawi and Penang but this time they will be treated to a day beach party in the mountainous region of Phuket.

We've also learned that the 4-day cruise, which is hosted by The Livescape Group, has also secured a brand spanking new 5-star ship with Getting Dream Cruise Line. This will be the Livescape’s fourth annual sea-borne pilgrimage.

And don’t forget last year’s captain was none other than Baywatch star David Hasselhoff and all we know for sure is that he won't be returning but we can expect someone who is "a true icon and the ultimate party starter."

Early bird cabins are already on sale with some penthouses and suites already sold out. If you’re hesitating, looking at the line-up from years past which has seen names like Kaskade, Basement Jaxx, Lil Jon, Showtek, Knife Party, Dada Life, Andrew Rayel and Sander Van Doorn, you needn’t wait for any announcements this year because it will obviously be epic.

See the official aftermovie just released today below and find ticketing/cabin information here. Fans are advised to act fast in order to avoid any disappointment since this event always sells out with almost 4,000 music lovers in attendance last year.