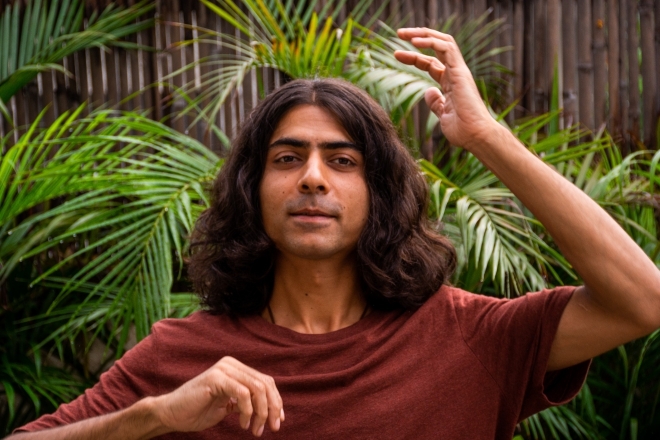 Since launching just over a year ago, South Asian record label KRUNK KULTURE has been a blessing to keep up with, consistently bumping out exciting singles, EPs and conceptual compilations like the ‘Flavours of the East’ series that helped pave bridges across the global South Asian music community.

The most recent drop from the label comes from an artist concocting serious sounds that are rooted from his hometown of Kumaon in India — bordered by Tibet, Nepal and the state of Uttar Pradesh, Kumaon is home to Sahil Mendiratta aka Inspector Maal.

For his six-track Fractal Spectre EP, Inspector Maal explores his own and original palette of organic electronica, churning out techno, dub and psychedelic nuances. It’s exploratory, both inwards and outwards and upon dwelling on his hometown of Kumaon, it’s easy to visualise the influences he’s manifested into Fractal Spectre. And to add to the already strong substance, we can’t help but take in that masterful balance of being purposeful as floor-centric material while holding onto that feeling of rational discovery — there’s a reason we’re listening to Inspector Maal today.

Opening with ‘The River’ and closing with ‘Forgotten Graves’, Maal takes us through a full cycle of life, touching on the realms of death and re-birth. Of the six tracks, ‘Animist’ stands mighty tall with it’s colourful and spatial design. The riveting bassline behind the ethereal nuances create an unexpected space for a cosmic adventure.

For those lucky enough to be in India this weekend, KRUNK is hosting their debut label showcase EZ Riser, Anushka, Trafficc & Bonehead at Auro in New Delhi. You can find out more here.

Inspector Maal Fractal Spectre EP is out today on KRUNK KULTURE. You can buy here and also listen below.