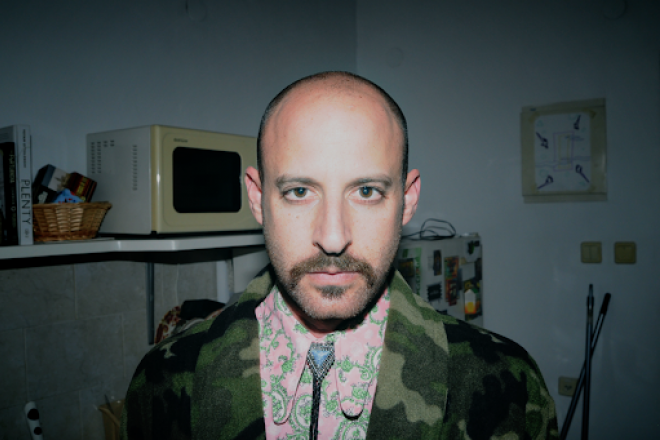 What was originally intended as only a short visit to Vietnam became a year and a half long labour of deep exploration and immersion into a culture rich with mysterious and wonderful history and mysticism. Forced to remain in one place like many of us have due to the ongoing pandemic, Vietnam-based South African DJ and producer Ian Richter fell into a “deep love affair with the Vietnamese folk religion”, which manifested itself as a seven-track album titled Bloody Marys with an Angry Goddess, released September 2; coincidentally, Vietnam’s independence day.

The album is rooted in the sounds of Richter’s encounters and experiences as he lived day to day in a foreign city in a strange kind of limbo, unable to leave for 18 months. That kind of experience is a strange one that leads to all kinds of musings and considerations as one floats without anything to grasp onto. Richter has captured nicely the chaos of that time in the country that at times is chaos incarnate, as anyone who has spent time there knows. Richter’s specific interests in the nation during his work ranged from the natural landscapes to ancient and modern dance and having found a place “drenched in culture and mysticism existing hand in hand with hyper-capitalism” despite its official commitment to socialism.

At the announcement of the creation of the album back on August 23, Richter described the creative process as having been one that delved deep into his personal experience during his stranding in Vietnam. Although, he put a bit more of a graphic flourish on it; “creating this album was like making an incision across the chest cavity of a year’s worth of personal and collective comedy-tragedy. Parting the flesh revealed an intricately organized and chaotic structure that I’m not done exploring. The process was both an incubation and a communally connective experience, forging foreign with familiar, mysticism with science, and claustrophobia with liberation.”

The album features seven tracks with different electronic music genres, most of them techno tracks with industrial elements, which are raw and corrosive. It comes via Israel-based techno label Confused Machines, a label that focuses on the “abstract, strange and left side areas of electronic dance music.”

Listen to She Scrys below:

Bloody Marys with an Angry Goddess was released on September 2, 2021. Purchase it here.