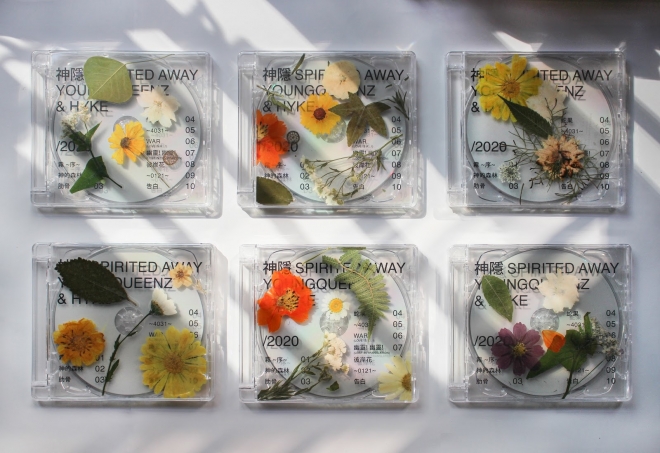 Ever since his debut, YoungQueenz has been breaking boundaries of Hong Kong hip hop with his diverse and edgy style by adding oriental elements and showing a love of Japanese anime. His latest release, Spirited Away, shows us an utterly different approach to how hip hop could be made.

It is best to describe Spirited Away as a transcendental jaunt. Focusing on the relationship between God, nature, human beings, and everything in between, Spirited Away intends to bring listeners on a mysterious journey that emphasizes spirituality and clarity. What makes this album a stand-out performance is how YoungQueenz integrated the ambient sound textures from notable French producer HYKE with his grungy rap style, making the entire listening experience tranquil and meditative in some parts and very hip hop in others.

Throughout the album, as to correlate the theme of searching for love, life, and eventually God, Young Queenz used ambient techno, oriental percussion, and a handpan to formulate the atmospherics. The highlight of the album has to be track eight, ‘彼岸花’. With slow-paced hazy beats playing in the background, YoungQueenz’s iambic verse slowly takes up the center stage, luring listeners to completely engulf themselves into a shroud of mystery. The song, like the album, is chaotic yet peaceful.

To conclude the album, the last track, ‘告白,’ takes advantage of the repetitive and catchy synthesized keyboard and gospel-like hook as a blank canvas and lets YoungQueenz perform an emotional yet timid monologue to circle back to his initial thoughts—God is nowhere to be found, and no matter how difficult the world is, life is still beautiful.