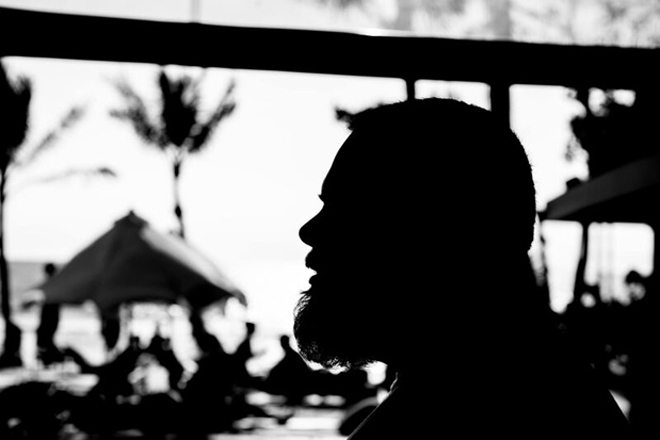 Who: Phat Phil Cooper
Where: Here, there and everywhere but spent most of my adult life in the North West of the UK
Sounds like: Nobody I hope. I like to think I have my own unique sound and style but I guess I fall into the eclectic DJ bracket like Gilles Peterson for example.

For over two decades, you could find Phat Phil Cooper DJing at places like Amnesia in Ibiza, Cream in Liverpool and Ministry of Sound in London all the way to Base in Sao Paulo and Shelter in Shanghai. Nowadays he’s taken up residency on the sunny shores of Bali where he mans the decks at the island’s most revered clubs like Potato Head Beach Club, which is the island’s prime venue for sunset vistas, and Koh, the latest and greatest in underground clubbing.

Phil’s never been one to stick to any one genre and he’s got a reputation for having an insatiable appetite when it comes to scavenging for music, which makes him well suited for the island’s many flavors. Whether it be a soothing sundown set packed with soul, hip-hop, disco and funk or a techno infused sunrise set, it’s always a masterclass in his mélange of musical knowledge.

Owning and running record shops, operating labels, managing artists, broadcasting radio shows as well as overseeing a PR agency are all things that Phil left behind when he made the move to Asia, but an island vibe and a stress-free lifestyle is well worth it and also what more and more people in the industry are after as the rest of the music industry implodes and explodes. And so today he’s switched it up for things that work better remotely, like running record labels KAT and KAT45 and highly acclaimed NuNorthern Soul which doubles up as a series of events and much respected podcast series also, and thus he’s built for himself a cushy lifestyle out of sun and sand.

We’re excited to see what Phat Phil Cooper has got planned for one of our favorite Asian islands and you bet we’ll be on his dance floor every holiday we get. You can also catch Phil on the island at his monthly event at Koh called Through Gods Own Eyes. It happens on the third Thursday of every month and you can expect obscure and eclectic selections, house, Detroit inspired techno, dance floor dub, rare and heavy disco, and African and Latin rhythms that meet 4/4 oddities. Get a little taste of the Bali life in a short interview with Phil below. 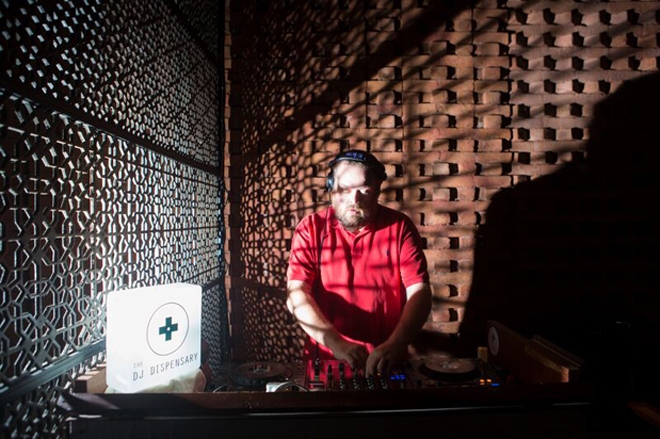 How did you first make your entrance into the music industry?

From avid record collector to DJ, record store and label owner. All from humble beginnings of being asked to DJ at a friend’s party in the early 90s.

How did you end up in Bali and what’s keeping you there now?

I came here on holiday a fell in love with the island. I had planned to move to Asia and Bali just made the choice easier. It’s home now and the simple and zero stress life keeps me here.

What one song will you always try and sneak into your set?

Tough question and in all honesty I don’t really have one, I spend 85% of my time listening and discovering old, new and future music and try to inject as much of those finds on a daily basis to my sets. However, one album that never leaves my side is Terry Callier What Color Is Love, it’s simply the most beautiful collection of recorded works ever in my humble opinion.

What’s the ethos behind NuNorthern Soul?

We are not a label for SOUL music but a label for music with SOUL – organic and eclectic vibes, and music for sunrises and sunsets and all epic moments in-between.

You have a rich history of playing clubs like Amnesia and Space in Ibiza, what’s your wildest memory from the White Isle?

I am not sure telling you would be legal ha ha, there have been so many wild times but over the last 10 years I have toned that down. It’s all about the chill these days.

Ibiza vs Bali…are similar in many ways, small sun kissed islands where people go to escape real life. Both are very magical and spiritual. Ibiza is a party destination while Bali is a traveling destination with a heavy dose of partying to be had.

What’s the music scene in Bali like when compared to the real world?

There are pockets of goodness amongst the dire pop and EDM influenced mainstream just like the rest of the world. If you seek, you shall find!

How do you manage working remotely but in an industry that thrives on the other side of the world form you?

Very easily. I am always ahead of Europe so I get the jump on everything. Plus I am not constantly answering calls and emails, the pace here dictates how I operate and that has such a positive effect on my state of mind when in work mode. MY creative levels are over flowing here and having the space to breath and focus is amazing.

Besides DJing, what are your other endeavors in Bali?

I am getting more and more involved with the team at Potato Head Beach Club plus I run several record labels (NuNorthern Soul, KAT and KAT45), real ones that still put out vinyl. Plus I am putting on parties called Through Gods Own Eyes that allow me and my fellow resident Dea to play some amazingly obscure records and show that there is dance floor energy in all music and it’s ok to not stick to the formula of deep 4/4 house. 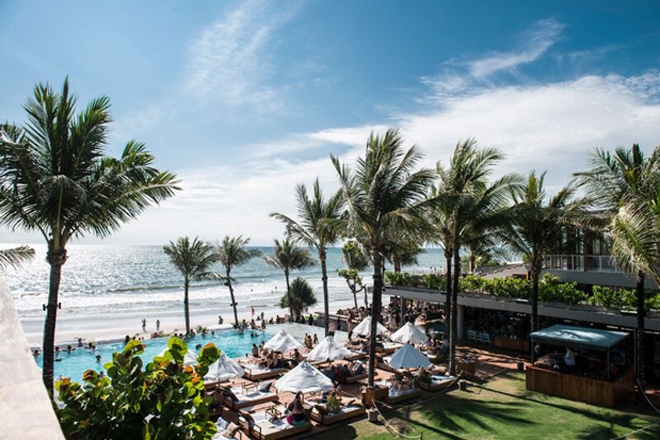 Take us on a night out in Bali – dinner, drinks, party and after party.

You possibly picked the worst person to ask as I don’t party often. But dinner and drinks would be Potato Head Beach Club for sunset, then down to Track 9 for a couple more killer cocktails then onto Koh for the kick ass sound system and amazing club space. After party would be sat on the beach watching sunrise.

Looking into the future, what are your plans to master and conquer Bali?

No great plans for Bali or world domination, just to continue developing my labels which includes working with legendary Japanese electronic and jazz musician Ryo Kawasaki, developing further projects with BJ Smith (Smith and Mudd, White Elephant) and Robin Lee from Faze Actions Dos Palos project. Also pushing my DJ touring and be involved in some amazing parties with my Through Gods Own Eyes and Potato Head projects.