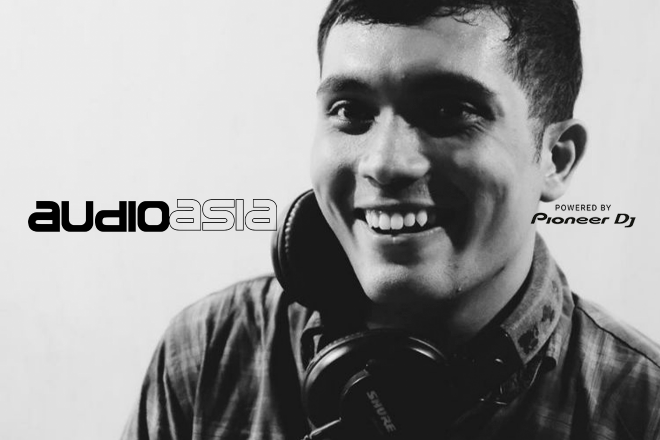 Halal Sol's route into production began almost ten years ago in the healthiest way possible, not as a means to generate celebrity, but as a soul-soothing form of audio therapy. He began honing his craft without expectation, inspired by classic US house masters like David Morales, Masters At Work, and Kerri Chandler, and these influences have undoubtedly helped shape his sound with an authentic, vintage-leaning club sound. As a DJ, Sol utilises a hybrid hardware set-up alongside live saxophone flourishes to add an extra dimension to his performance, and – pre-covid – he could be found working floors on duty with his Powder Social Club collective.

He first appeared on the Darker Than Wax roster with an inclusion on last year's 'Bodyclock Vol 1' compilation EP, and now has full room to flex via four original tracks which come complete with a pair of complementary remixes. 'Lives In Future' alludes to Sol's acid jazz roots, with lush chord progressions gliding over rolling drums as hooky vocal chops interplay with dramatic stabs. Bongomann's remix of 'Rushin' evolves blissfully over mid-tempo rave breaks, as immersive pads dominate subtle textures and wildly atmospheric late-night refrains. 'Hearing Deficit' comes with the full force of a solid NYC house schooling, with swung beats, crisp hats, and soprano sax combining with an archetypal vocal hook, while Kaye introduces an idiosyncratic shuffle and added dynamism on his respectful rework. The maniacal acid layers of 'Rotund' – premiered on Mixmag Asia – charge over tough drums and driving chords to exhibit a harder edge to Halal's sonic stamp, making the track perfect for mind-bending club use.

We've chosen to play you opener 'Don't Feel The Bass', with its snappy beats galloping over spaced-out chords, as the urgent staccato synth motif powers the groove deep into nocturnal territory. Sitting somewhere between techno and house, this sounds suspiciously like a dancefloor guarantee and is certain to enhance Halal Sol's reputation as a producer to keep a watchful eye on.

Halal Sol 'Dijamin' EP is out now on Darker Than Wax, you can listen and buy it here