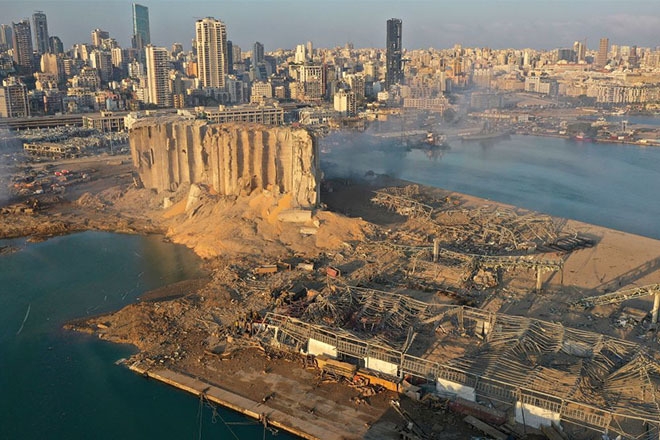 The aftermath of the fourth biggest explosion in history, that erased a large part of Lebanon’s history, is still being dealt with, and now with the support of the international dance music community. On top of the impact the country (and the world) has faced from COVID-19, the explosion that happened on 4 August has accumulated collateral damage that’s estimated at over $15 billion.

As they often and should do, the global dance music community has come together in a collaboration with Beatport ReConnect and Electronic Labor Day (ELD) to raise funds for rebuilding homes and humanitarian needs, as well as raise awareness for Beirut’s nightlife industry — the initiative is called ‘For Beirut’ and it takes place this weekend.

About a 100 international artists are on the line-up, with a roll call that includes Amelie Lens, Carl Cox, Danny Howard, Danny Tenaglia, Dennis Ferrer, Junior Sanchez, Derrick May, Kolsch, Luciano, Nastia, Pete Tong, Roger Sanchez and Skream. Lebanon’s connection to dance music is strong — Beirut is the home to arguably one of the best clubs in the world, an underground war bunker called B018. The 100-odd artist line-up will be programmed over 12 hours this Sunday, with the ultimate goal of raising money for three dedicated relief funds that include the Beirut Emergency Fund, Impact Lebanon and Bew’shebbek, a grassroots organisation that focuses rebuilding homes — their objective is to fix 3,000 damaged homes.

The 12 hour fundraiser aims to collect up to $500,000 that would be shared across the three aforementioned charities, which in turn support a network of locally run organisations. Having Beatport ReConnect supporting the initiative brings high hopes — the world’s largest online record store has helped raise over $350,000 since launching it’s series in March this year, while racking up 35 million views on streams.

You can start donating now, or wait till the stream kicks off at 1:58pm (Beirut Time) with a moment of silence to mark the timing of the tragic blast 40 days prior. The stream runs for 12 hours until 1:58am (8:58pm CST). Tune in and support ‘For Beirut’ here. 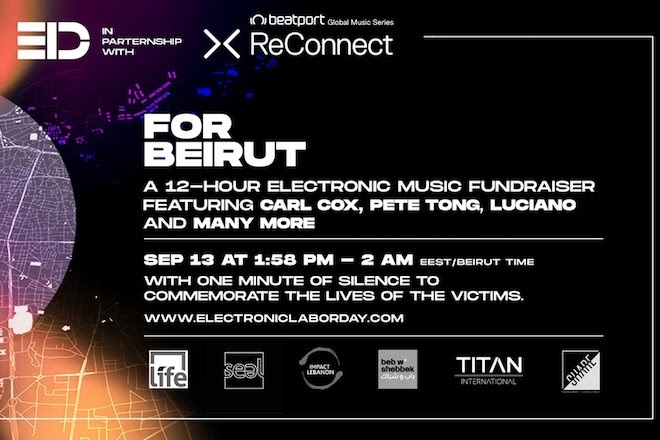