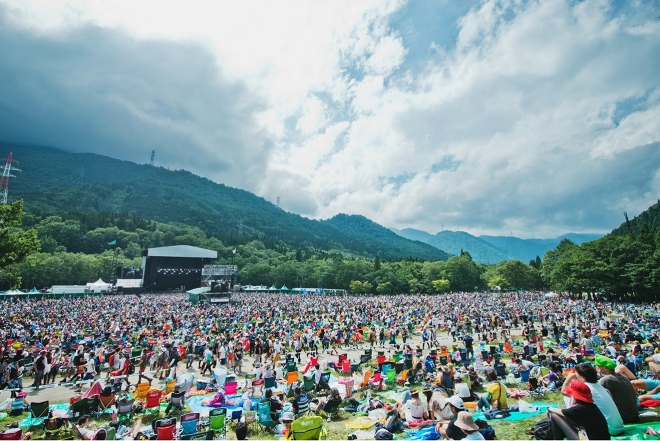 Personally, I know several people around Asia who can boast about not missing a single edition of Fuji Rock in somewhere around a decade. Unfortunately, their streak will be broken as the festival has just announced that it will move forward with an entirely local event.

Fuji Rock Festival announced today that it will work to hold a “special Fuji Rock under special circumstances” this year by implementing heightened health and safety measures to prevent the spread of COVID-19 so everyone can enjoy the festival in a safe and secure environment.

The number of people allowed to attend will be restricted to avoid congestion at Naeba Ski Resort, where the festival looks to elevate the coexistence of music and nature thanks to ample outdoor space.

“Further limits and restrictions will be imposed and cooperation from all involved will be required in order to hold the festival this summer," said the organizers in a post on their website today. "We believe that with everyone’s cooperation and through respect and compassion for each other we can create a safe and secure space together.”

From bands to DJs, the festival has confirmed that they abandoned all hope of booking overseas artists and will proceed with only domestic artists, which is not a bad thing since Japan has some stellar artists. The line-up will be announced in April.

“Let’s put together a “special Fuji Rock” during the Corona pandemic among the beautiful forest and clear streams we are blessed with at Naeba this year with amazing Japanese artists. We will strive to do our best so we can all enjoy music amidst nature again.”

It goes without saying that the domestic theme extends to guests to the festival too.

Currently, Japan’s borders are still closed to tourists and even the delayed Olympics, which are scheduled to open in July, one year after they were initially planned for, will proceed without a foreign audience. The Paralympics will follow in August.

Fuji Rock was also cancelled last year due to the pandemic but will take place this year Friday, August 21 to Sunday, August 23 as the pandemic has curbed and is moving in a favourable direction. Japan currently sits 39th in the world with around 1,000 new cases per day. As of March 21, the country has ended the state of emergency in Tokyo and clubs in the city continue to quietly reopen.

Fuji Rock is Japan's pride and joy when it comes to music festivals and has been held annually since 1997. Always near nature, the three-day festival draws between 100,000 and 150,000 people every year. The Chemical Brothers, the Cure, Aphex Twin, Major Lazer, Sigur Rós, Disclosure, Arcade Fire, OutKast, Basement Jaxx, The XX and Björk are a start but barely scape the tip of the iceberg of artists to have played the festival over the years.

“With the belief that the future of outdoor festivals is bright. NO FESTIVAL, NO LIFE.”