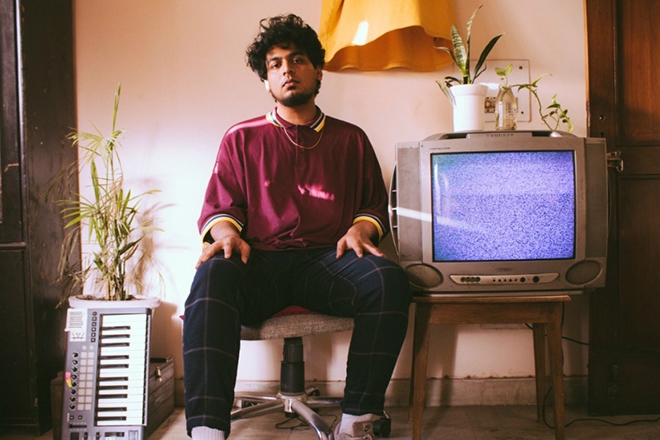 New Delhi-based electronic music producer and visual artist Rohan Sinha aka Dolorblind has been monumental in shaping India’s alternative music scene as a core member of Mumbai’s artist collective Jwala. After a moment of silence (his last release was 'Dolores' in 2017), Dolorblind is finally coming out with new music by way of a seven-track EP called ‘Forbidden Fruit’, which listens like a diary of his feelings, emotions and memories.

The EP starts with ‘Bloom’, an atmospheric track focuses on staying peaceful and calm and reflects one side of the moods that Dolorblind depicts on ‘Forbidden Fruit’. The artist said he felt inspired to create the track when he was walking home from a gig on a rainy night. “It is an amalgamation of nature and a celebration at the same time, mixed together in the form of music.’’

On the other side of the spectrum, there's ‘Control Your Anxiety’, which was literally was born out of an anxiety attack. Both of these tracks show he the artist uses music as a way of stabilising his mental state. The rest fall somewhere in between, with brooding basslines, deliberate tempos, grand dramatic arrangements and engulfing textures.

Overall the EP combines a wide range of his influences, from post-rock to hip-hop, and presents music that lingers in the blank spaces between avant-garde hip-hop and alienating soundscapes, with long aching melodies, surging, dramatic crescendos, and hectic drums that slam the mix into the red.

Influences extend to his life as well, with the EP documenting his life exteriences during the past three years. "With this EP, I wish to celebrate that journey as a last 'hurrah' and tribute to the youth which has passed and like many things in life, wasn't appreciated enough at that moment. It has documented feelings of failure, success, anxiety, love, euphoria, exhaustion and most importantly chasing happiness. Most of the tracks are written and produced in different houses I resided in Delhi in the last three years and some recorded in my hometown Patna."

Listen to 'Bloom' below:

‘Forbidden Fruit’ by Rohan Sinha was released via TAABIIR on November 27. Buy it here.