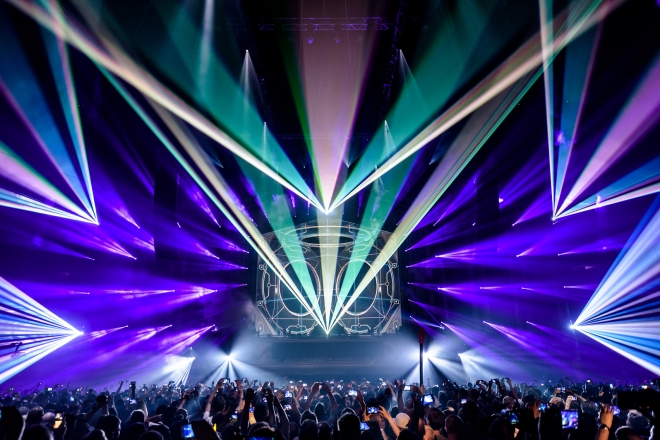 The first wave of acts has been announced for the second installation of Transmission Festival, one of the world's biggest and most established trance music events, when it returns to Thailand next year.

Confirmed artists include Ferry Corsten who will be returning to Bangkok to perform the second chapter of Gouryella 2.0, the revival of his Gouryella project in its unique narrative style, and Ben Nicky, self-proclaimed “bad boy” of Trance known for his versatile music style, on his second Transmission Stage performance following Transmission Australia in 2016. Further artists are still to come.

The first event in 2017, dubbed the Lost Oracle, boasted an extraordinary amount of 18 lasers combined with over 300 lightning fixtures synced with special effects, video mapping and stage performances by dancers and actors.

The theme for this year will be ’The Spirit of The Warrior’ and it will aim to inspire the audience to search within themselves for the energy required to conquer everyday challenges and achieve goals. The story, which debuts in Prague this month, revolves around reaching deep within self and unveiling a code to master the courage of ancient warriors and the six virtues that define the spirit of the warrior; Strength, Vision, Unity, Honour, Discipline, and Courage.

The event will take place at BITEC Bangna – the only venue big enough to hold the massive 44 meter wide and 23 meter high stage and will be executed by a traveling 25 man audio and visual production crew.

The festival has been previously touted as "Asia’s biggest laser event and outstanding visual spectacle” and after watching the video below, we believe it. Watch the epic audio-visual experience unfold in Bangkok just a few months ago below.

Transmission Asia takes place in Bangkok on March 17, 2018 with early bird ticket going on sale this week for as low as 2,500b here.