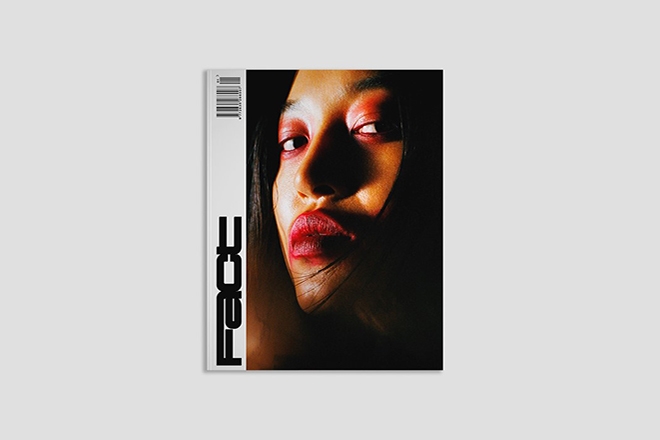 FACT has always been on the frontlines of the global electronic music scene, featuring experimental artists since 2003. With its accompanying print edition being retired in 2008, they have since been focusing on their formidable digital platform.

Now, amid a pandemic, the music publication just announced its return to print for the first time in almost 10 years. FACT partnered with London-based design agency, Zak Group to refocus its identity and amplify its message through a 280-page bi-annual print magazine.

According to editor Sean Bidder, “the new identity speaks to all our audiences, both the long-standing FACT reader and those interested in the new wave of artists at the intersection of electronic music and immersive experiences.”

Ryoji Ikeda is a Japanese visual and sound artist who is known for his data-driven, audio-visual installations that explore the physical phenomena of sound, light, space and haptics. Composing “sound into music, and dots and data into visual installations”, Ryoji Ileda is the human representation of FACT’s new identity that is aiming to overload the reader’s senses. Kelsey Lu has been interviewed by Kimberly Drew and photographed by Campbell Addy with cover illustration by none other but her own percussionist father Jerry McJunkins. Lu is an uncompromising solo artist that is “classical yet modern, grounded yet otherworldly”, and one can easily recognize her music. The classically trained cellist has also collaborated with a range of artists like Dev Hynes and Skrillex. The third cover story is the Chinese-born, Berlin-based noise and techno musician Pan Daijing who is interviewed by Thea Ballard and photographed by Matt Lambert. Pan’s practice married movement and installation, and takes sound beyond music.

FACT have also interviewed the American filmmaker and video artist Kahlil Joseph, making his name in creating videos for Kendrick Lamar (2014’s dual-screen m.A.A.d.) and Beyoncé (2016’s Lemonade film). The story exclusively features his BLKNWS project. BLKNWS is an ongoing project that focuses on the multi-facets of black lives. The artist created a two-channel video montage using newly created imagery and contemporary news clips that is meant to fight against the dangerous representation of black stereotypes in most US news. FACT is also presenting two new exhibitions, The Strand: an immersive multi-work A/V show by Ryoji Ikeda and Kahlil Joseph’s necessary BLKNWS, by two of the artists from the cover at its London HQ, 180.

“We’ve always showcased innovators at the sharp edge of experimentation in music and art, and our new large-format magazine gives us the opportunity to champion the new wave of artists, performers and producers.”

FACT’s first issue was published on November 12 and can be ordered from The Vinyl Factory online store.