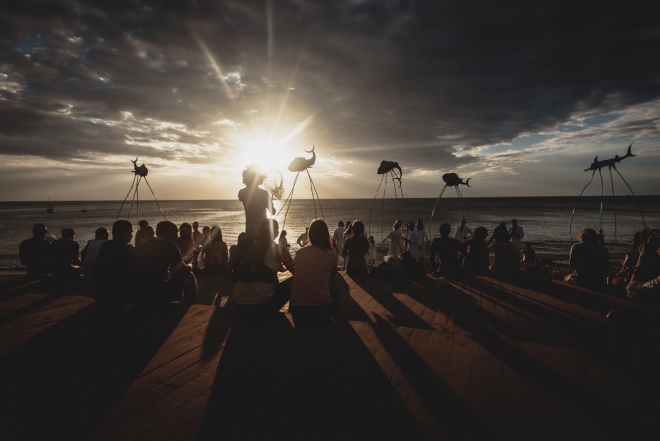 Epizode debuted last year as a visionary two-week long equatorial-musical adventure outfitted with three elaborately designed stages, a line-up boasting over 100 international acts with 21 hours of daily programming and offered revelers a sublime slice of utopia that left us with tropical dreams injected with a heavy dose of house and techno. With the second iteration just around the corner, this year looks immensely different from its inaugural edition in that it sees the line-up go from acts lesser known to the region to some of the industry's biggest players, many of whom will be making a very rare appearance in Asia. Âme, Carl Cox, Marcel Dettmann, Nicole Moudaber, Guti and Mathew Johnson, Luciano, Chris Liebing, Dixon, Loco Dice, Dubfire, Luciano and Pan-Pot will all head to Vietnam for the hedonistic house and techno festival by the sea. Berlin based underground electronic music brand HYTE has also announced that it will host a stage at the sophomore edition of the festival and it brings with them even more heavyweights like Minus label boss Richie Hawtin, Peggy Gou, wAFF, Bambounou, Roustam and Yaya and still that doesn't bring us to half of the total acts that will play over the 10-day festival.

We talked to Epizode co-owner Mikhail Danilov about the how the blockbuster festival will be different this year, its future in Vietnam and the trials and tribulations of operating in Asia. 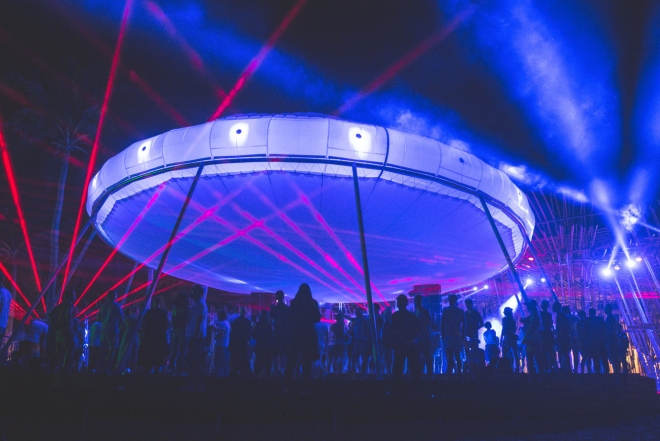 Epizode returns this year for round two and has seriously upped the ante in that it’s gone from a two-week long festival of relatively unknown names (in Asia) to one of the biggest underground line-ups the region has ever seen and you still have over 70 acts to announce. What prompted the shift?

This is quite a natural process, we are developing. Last year was quite experimental. We had promptly built a unique, I would say, a masterpiece venue, with three architecturally different stages, lots of art pieces, bamboo labyrinth and many other exciting features. Huge thanks for this to my business partner Nikita Marshunok. We were getting used to the place, trying to understand how to work on a new market and felt through the Asian flavour and peculiarities of the country. We were observing the reaction of people of the Epizode and what was most interesting for them. Now we’ve made our conclusions and ready to work on. We hope that Epizode 2 will satisfy the expectations of all the guests and ours.

What are some of the other noticeable changes people can expect this year from last year?

Many things will change. To compare with cinema, spectators always expect of the second part of the sequel new excitements and unexpected twists. We don’t want to repeat the scenario of the previous Epizode and are preparing a completely new story. I don’t want to spoil it, this would kill the intrigue. But just by seeing our list of participants and headliners, it is clear that Epizode 2 – is a blockbuster! Plus, a team of our designers, reinforced by the squad of Natasha Abelle, promises to make an architectural sensation on our venue. 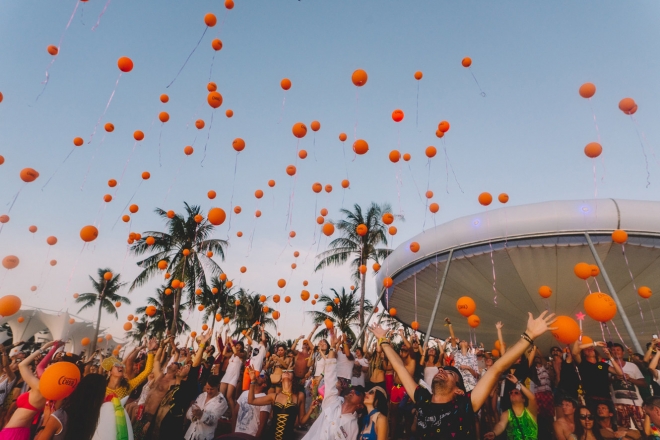 Even though Epizode operates in Asia, to the confusion of many the festival seems very much directed to the Russian market. In fact, there was even a noticeable lack of people from around Asia last year. What’s the aim of Epizode in terms of audience, crowd, marketing, etc.?

Initially, Epizode was created as an international festival. It’s not designed for Russian guests only. Neither for Chinese nor Vietnamese only. Yes, the first Epizode had mainly Russians, but it’s just because we are well known in Russia. We are quite trusted in the country and have our own audience. After the first Epizode we feel like we are better known throughout the whole world, and this year we want to enforce this notoriety. Following the current sales, 35% of the guests are from Asia and other countries and 65% - of the post-Soviet countries. As a whole, the campaign of the project is aimed at the Russian and international audience, this is true. I wouldn’t like to go into technical details, this is interesting only to the marketing specialists, but, believe me, we are doing very serious work. As to the final results, we want Epizode 2018 to have 10,000 guests. This is our goal!

Speaking for Epizode alone, what’s been the biggest challenge operating in the Asian market?

You can feel the difference in cultures. Us, Russians, think a bit differently. But this is just a matter of time. In the end, we always find a common language and perfectly understand each other! 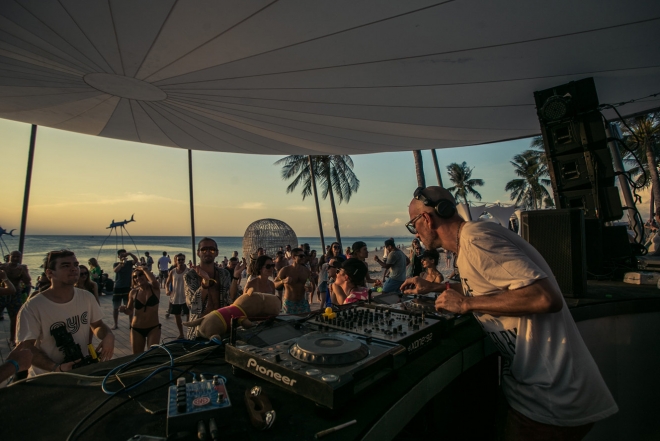 Now that we know that this isn’t just a one-off event, how do you see Epizode evolving in the future? Do you intend to stay in Vietnam indefinitely?

I’m sure, Vietnam is our final choice and Epizode will be based on a paradise island of Phu Quoc for long. This is a great location with promising perspectives and it would be unwise, after investing so much in promoting the island, in the venue, to start it all from scratch in a new place in several years. Concerning the line of development of Epizode itself…let’s speak about it in February, after Epizode 2 is over.

Two weeks of near non-stop programming is intense. What words of wisdom do you have for people thinking about going for the first time?

Our equatorial-musical adventure is a marathon of a kind, where you’d need to accumulate pleasant emotions, great mood, thirst for dance and up-to-day music. Russians have a saying: “It’s better to see once than hear a hundred times”. This applies to Epizode. One can hardly describe with words all emotions of Epizode, at least, I wouldn’t dare to try to do this. So, I can tell them only one thing: “Just come and enjoy!”. 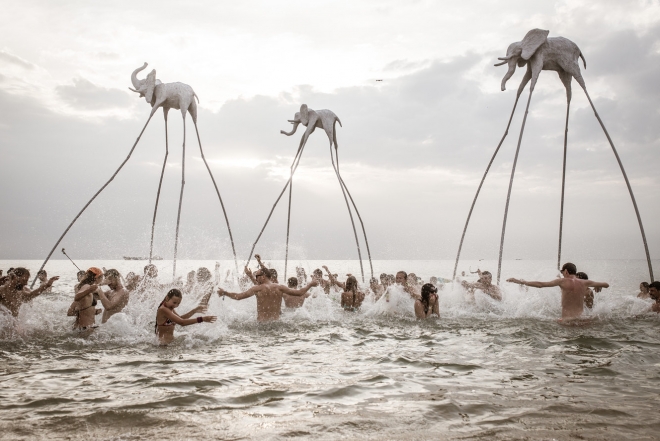 With over 70 names still to come, can you enlighten us as to the next big headliner to be announced?

We do not split our artists on headliners and support. If you look at Epizode 2 artwork, the names on it are in an alphabetical order, from Âme to Shaded. And all of them are equally important for the atmosphere of Epizode , we are equally eager to see the shows of both renowned grands and promising freshmen. Yes, this list is always extended, and a new update is ready. I can say, that I’m personally very happy to see those new names. We are joined by Richie Hawtin – I will listen to his set with great pleasure. In the nearest time, we’ll announce some more serious names of the electronic music! My friends, come, you won’t be disappointed for sure!

Read our review of the inaugural Epizode Fesival and browse the surreal gallery here.

Epizode is a two-week long festival held on Phú Quốc Island in Vietnam and will return at the end of this year from December 31st 2017 to January 10th 2018. Find tickets here.