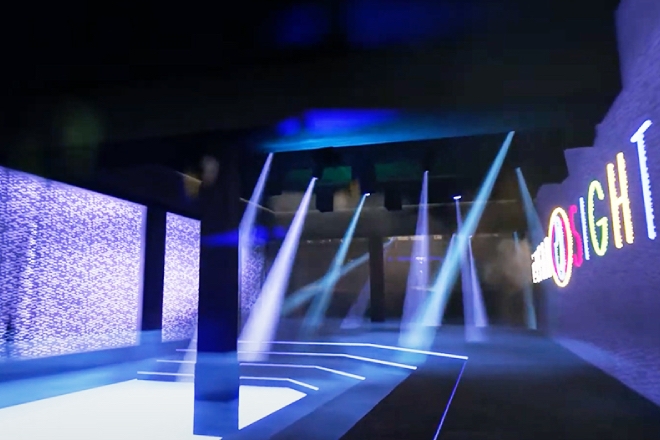 Malaysian-Chinese multi-artist Lawrence Lek has been creating virtual instalments for the past six years, and he is about to bring us into yet another dystopian world with a soundtrack that he created to accompany a virtual world called 'Temple'.

The seven-track OST features ethereal dance anthems, haunting Vocaloid refrains and soundscapes of the near future. The music takes the listener on a journey through denial, nostalgia and acceptance, and characterises the seven stages of grief when a loved one passes away. This artwork was actually completed following a loss of a close family member to Lek.

Check out his first released track 'Dead Souls' 亡灵' below:

In the video, the neon-lit nightclub is located in the middle of a deserted warehouse, and the empty nightclub is actually an impression of the psychological escape from grief during turbulent times. There is actually a physical version of the nightclub, which is also featured in Lek's previous exhibition called 'AIDOL' in 2019. You can go behind the decks in another released track called 'Hermitage 隐居' below：

'Temple OST' is the same music Lek composed for an installation presented by The Store X at 180 The Strand called 'Transformer: A Rebirth of Wonder'. The vinyl version is being released exclusively on The Vinyl Factory and is a sonic gateway to his virtual artwork series that explores the future of memory in an age of simulation.

Born in Frankfurt, Lawrence Lek is a Malaysian-Chinese multimedia artist who breaks the boundary between fine art and mass entertainment, blending architecture, gaming, video, music and fiction into his virtual dystopia. "I've been making these virtual worlds for about six years now, and that came about because of the freedom that virtual reality provides, "Lek told VRROOM in an interview. "It allows you to explore the intersection between real and imagined worlds, which is what you see in the installations, films, music and video games that I make."

More videos from Lek's Temple OST will be released soon on every Friday via The Vinyl Factory. 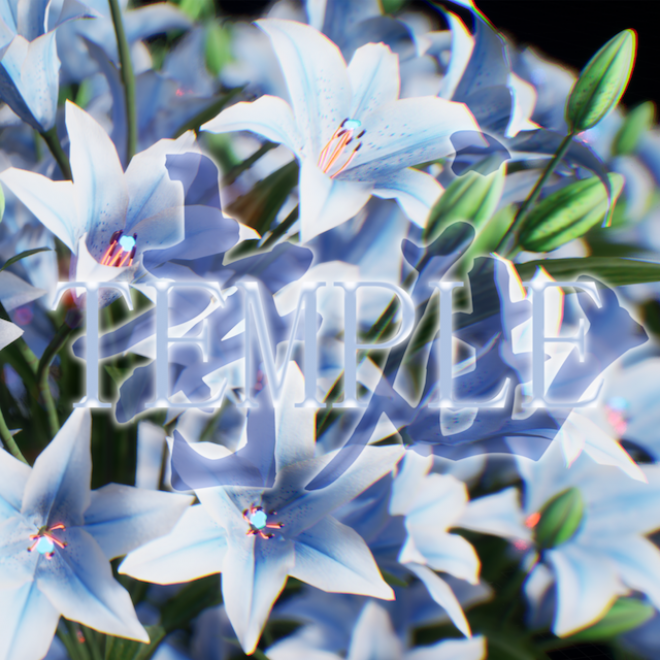 [Via The Vinyl Factory]

‘Temple OST' by Lawrence Lek is out on April 24 on The Vinyl Factory. Order the album here.