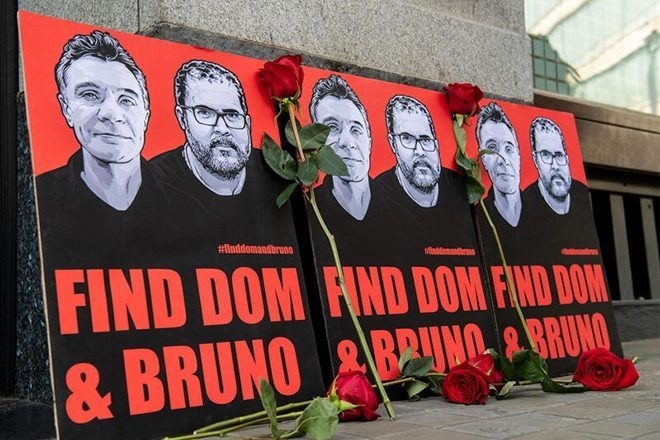 Police have discovered human remains of two men in the Amazon nearby to where the two men went missing on June 5.

Police excavated the site 3.1 kilometres into the jungle after being led there by a suspect.

One of the men arrested in connection with the disappearance of Phillips and Pereira has confessed to murdering and dismembering the two men, regional police chief Eduardo Fontes said at a press briefing on Wednesday, June 15.

Fontes added: “We are still investigating. This was a significant advance. We aim to get sure evidence so there are convictions.

“We are now going to identify the human remains with the most dignity possible.”

Phillips’ journalistic focus since 2007 has been on Brazil, its indingenious communities and the environment, contributing to newspapers including the Guardian, the Washington Post, the New York Times and the Financial Times.

He has reported critically on topics including the policies of Brazilian president Jair Bolsonaro, corruption among the president’s political allies, and allegations against meat processing companies and goldminers for illegal Amazon deforestation that is impacting indigenous communities.

Bruno Araújo Pereira is a former government employee whose work focused on protecting Brazil’s uncontacted tribes. He has regularly received threats from loggers and miners seeking to exploit Indigenous lands.

A fundraiser has been set up to aid the families of Phillips and Pereira. Donate here.