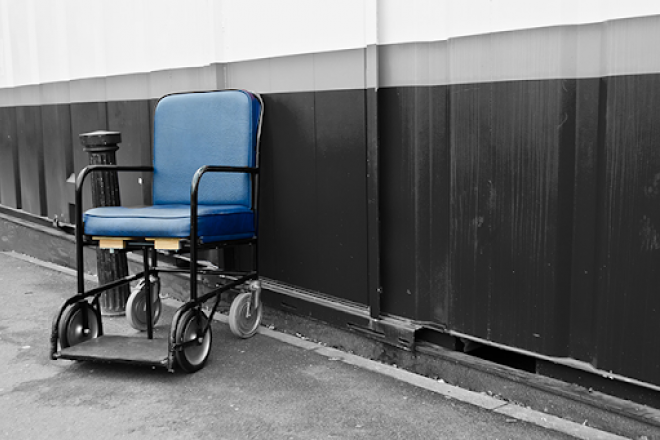 A police dog sniffed out almost 13 kilograms of cocaine worth £1.2m hidden in a wheelchair at an Italian airport.

On Friday, at Malpensa Airport in Verese, a sniffer dog detected drugs within the leather upholstery of a motorized wheelchair.

The luggage arrived from the Dominican Republic and when the passenger was questioned about their chair, they immediately stood up and were taken into custody.

Read this next: Coconuts filled with liquid cocaine seized by Colombian police

The man - who is said to not have a disability - is now currently at a local prison while the investigation on the case continues.

Authorities say that the 11 packs of cocaine, which weighed 13.35 kilograms, have a street value of about $1.8 million - which is equivalent to £1.2 million.

Military police Guardia di Finanza posted the following video of the bust which shows them cutting into the wheelchair.

Last week, More than 1,500 pounds of cocaine was found packed in a shipment of baby wipes by U.S. Customs and Border Protection investigators.

Read this next: 500kg shipment of cocaine seized at Nespresso factory

Narcotics traders often get creative in the ways that they smuggle substances between borders, and in this case, they put millions of dollars worth of cocaine in a place where they’d be least suspected.

The drugs were seized on August 26 at the Laredo-Colombia Solidarity International Bridge, just north of Laredo, Texas.