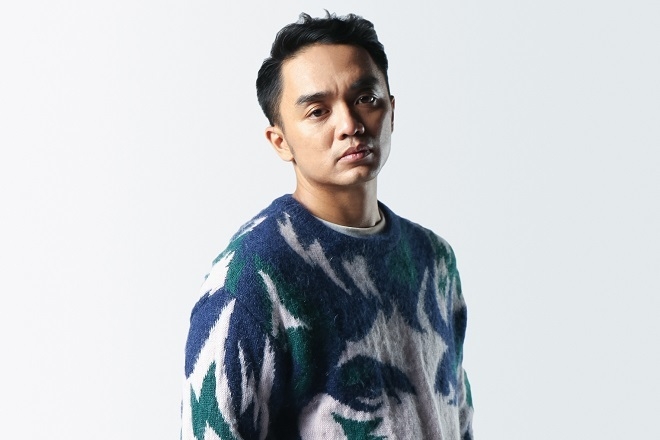 Indonesian crossover dance sensation Dipha Barus is back with a well-timed dose of ultimate feel-good on his new single 'Down' – a collaborative effort with on-fire US producer, singer and songwriter, CADE.

After establishing himself as a shining star on the Indonesian music scene, Dipha rose to international prominence after the ULTRA Records team welcomed him into their celebrated fold. His first release under their banner – a sun-kissed collaboration with Monica Karina – cemented his position as an artist with a flair for sugar-coated, sing-along vibrations. Previously known for fusing traditional Indonesian music with on-point contemporary sounds, his latest release is fully polished and primed for hands-in-the-air summertime positivity.

23-year old CADE's emergence has been nothing short of meteoric. His releases on the likes of Spinnin' Records and Armada grabbed the attention of heavy-hitters such as The Chainsmokers, and have earned him a highly-prized exclusive contract with ULTRA. His remix of Cheat Code's 'Pretty Girl' generated over 500 million streams worldwide, earning him RIAA platinum certification in the US and UK.

Recorded in LA before the dreaded COVID-19 pandemic took hold, pop-house hybrid 'Down' exudes life-affirming zeal from the first bar to the last. Designed to uplift their fans, the timing of the release offers us all a much-needed dose of spirit-lifting exhilaration. "Even though oceans apart, through thick and thin, and especially during very strange and vulnerable times - perseverance and perception is everything,” said Dipha of the release. “It's all about perspective. How you see things is all up to you! We thought the lockdown was a setback, but our creativity was flowin!”

CADE echoed this sentiment while offering more insight into the inspiration behind the song. “'Down' is a record about simply living in the moment with your significant other and not stressing or over-thinking about what the future might hold. Simple as lemonade,” he said. “I hope this record can bring smiles and joy to everyone as we experience stressful times around the world with COVID-19."

Yet more heat from the ULTRA camp, and a welcome slice of happiness from two of dance music's rising stars.

Dipha Barus and CADE 'Down' is out now on ULTRA. You can buy/ stream it here