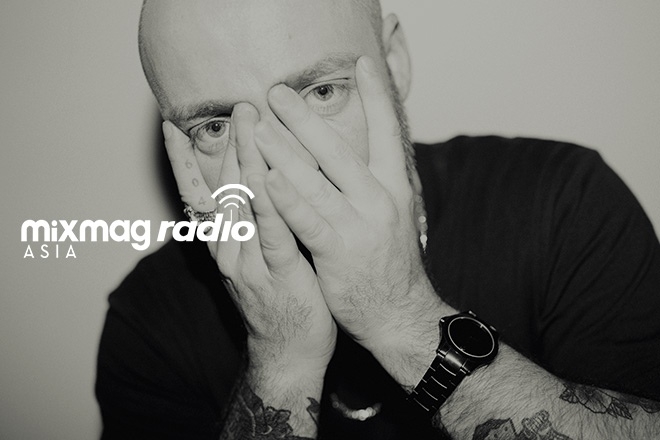 When it comes to both the love and business of music, Spencer epitomises the art of the Asian hustle.

He’s been involved in the front and back ends of booking shows across the region for festivals and clubs while honing his own craft as avid purveyor of all things electronic.

His musical roots stem from from the diverse musical tastes of his family — his father’s record collection drew him into classic 60s and 70s icons like Zeppelin and the Stones, his brothers enlightening his taste of grunge while his fitness instructor mother drew him into funk and soul with the likes of Prince and Aretha Franklin. It didn’t take him long to join the bandwagon, so to speak, by the mid 90s, Spencer was touring with his punk band, recording albums, all while he was shifting fake IDs and storming clubs all over his home city Vancouver.

DJing was a natural enough progression — he’d been an avid turntable hobbyist at home making mixtapes and collecting records, so by the time he moved to Bangkok in 2013 Asia’s unsuspecting melting pot of nocturnal culture threw him into the deep domain of electronic music. He quickly grew attached to the dance floor stalwarts who were taking club life professionally, “I started by trying to imitate the people headlining the parties in Bangkok at the time like Sunju Hargun, Boris Rubin, Mendy Indigo, Kimball Collins, Dan Buri and The Outsider.” And not for a moment does Spencer’s thirst for knowledge and craft remain complacent — while claiming to take steed from his local counterparts, his musical horizon has always remained far and wide.

“I started hearing about what had been going on in Romania and the scene there. It was super interesting to me because I grew up in DJ culture where you had mentors and traditions and things like that, people schooling you on what to do and what not to do — DJ etiquette. This is about the time I also started gravitating back to vinyl...I was fascinated by the culture of them passing around white labels and dub records to each other. When I started attending Epizode festival, I fell in love with the early morning and daytime vibes, DJs playing records for hours with no FX units and I’ve followed that path ever since.”

Spencer is hugely passionate about the unfolding and growth he’s witnessed, and also played a large role in, across the region, and he points out, “Liona Bjaki from Mongolia, Sivanesh from Singapore, FFan, Closet Yi and CityboyfromSeoul in South Korea, Licaxxx from Tokyo — I mean there's so much going on regionally these days.”

For a hustler that never slows down, it’s no surprise that the tough times haven’t curbed his enthusiasm. Spencer has still made magical moments happen during the intermittent periods of relaxed rules over lockdown — when he could, he was running nights at Bangkok’s Grow Room, reigning the decks at Mystic Valley and keeping his Late Night Bangkok agency in high gear with a Funktion One partnership.

Leaving us with a sweet note of what the mix meant to him, Spencer signs of with a quote from Basquiat, "Art is how we decorate space, music is how we decorate time" (Jean-Michel Basquiat), and adds, “I want this mix to paint the start of 2021 in the bright and colourful bounce-back I envision for our community this year. Thanks for listening.”

And with big love, comes bigger things — tune into our 50th episode of Mixmag Asia Radio with Spencer from Bangkok.