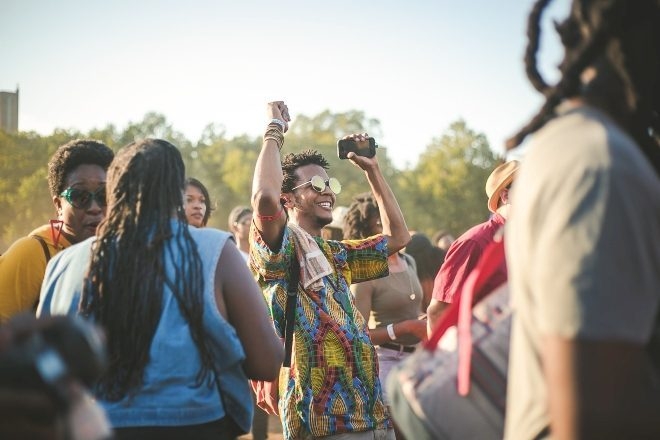 A recent report, which details the findings of a study of young adults, suggests that dance music containing a "groove" is good for cognitive wellbeing.

The findings, published in the journal Scientific Reports, found that a "groove" rhythm creates not only a desire to move your body — but also creates feelings of arousal and pleasure.

It also stimulates the prefrontal cortex, which enhances cognitive performance in the same way that exercise does. The dorsolateral prefrontal cortex is the part of our brain that is responsible for decision-making and everyday movements.

The study was conducted by Japanese scientists who surveyed 51 young adults with an average age of 20. They found that when these young adults listened to music with a groove, they reported feeling more clear-headed.

Read this next: woo remixes wellness for a more anxious Gen Z audience

It does not have to be only electronic dance music which stimulates this part of the brain, it can be any song that contains "groove", according to this study.

Additionally, the researchers discovered that listening to your favourite tracks might also improve your cognitive performance. Being familiar with the tracks you like and listen to had a positive effect on cognitive activity — while not knowing a track and not hearing groove had a negative effect.

The researchers also said that a person's response to a particular groove depends on their personal preferences, musical processing skills, and cultural background.

Dr. Hideaki Soya, the study's lead author, told ScienceDaily: "The results were surprising. We found that groove rhythm enhanced executive function and activity in the l-DLPFC only in participants who reported that the music elicited a strong groove sensation and the sensation of being clear-headed.

Read this next: “A clear head on a Sunday morning is a gift”: Why DJs & ravers are embracing sobriety

"Our findings indicate that individual differences in psychological responses to groove modulate the corresponding effects on executive function.

"As such, the effects of groove on human cognitive performance may be influenced by familiarity or beat processing ability."

Read the full findings of the study here.