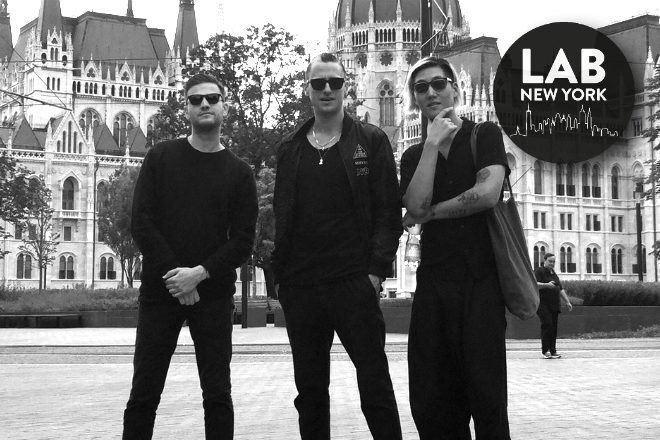 The Lab New York is Mixmag and Smirnoff Sound Collective's weekly afterwork party where we stream the best American and international DJs, live from our private Brooklyn location. This Friday we host NYC and Berlin-based record label, Safer At Night.

The imprint was founded in 2014 and is helmed by producer/DJs Luca Venezia (aka Curses), Total Fitness, and Cranks, who are all known for their driving, hypnotic take on dance music as well as a taste for more cinematic, ambient music, too.

Curses is a 'romantic house and techno' project influenced by the sounds of Italo house and 80s synthwave. He has a slew of releases on labels like Let's Play House, Marble, Throne of Blood, OFF Recordings and has appeared as a resident on Rinse FM. Curses is now holding down the European wing of Safer At Night in Berlin.

Brooklyn-based Cranks makes heavy analog productions and remixes that are inspired by late nights. And Total Fitnessis another New York native who plays anything from disco to techno and everything in between. Aside from his own career, he hosts killer club nights called Primary and Techno with Friends.

The Lab is powered by Void Acoustics. Watch The Lab New York below or via MixmagTV from Saturday morning EST.

The Smirnoff Sound Collective is all about bringing fans closer to the DJs, providing up and coming talent with a solid platform and throwing unique events where fans and artists can party together. Check out more from the Sound Collectivehere