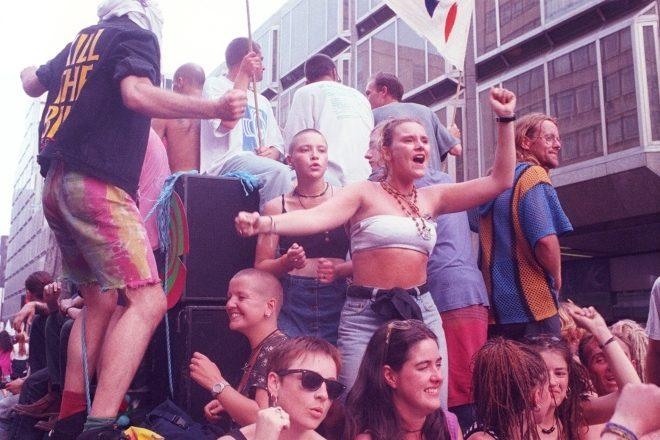 New documentary, All We Wanna Do Is Dance, is ready for launch in the coming weeks, although filmmakers are now asking for help funding its release.

The film highlights the early era of rave and tackles issues surrounding the onset movement of acid house in the late 80s such as police raids “in an age of discrimination".

Filmmakers are attempting to raise £25,000 over the coming weeks to ensure its release via a crowdfunding campaign. The online campaign reads: “so far, All We Wanna Do Is Dance has been entirely self-financed by film director Gordon Mason.”

“However money is needed to take the film to completion which will cover the final archive and music clearance payments, post-production, deliverables of the final film and E&O insurance,” it continues, adding that this would enable its release to cinemas.

The documentary looks into the beginnings of acid house across the globe - from Chicago to London, Manchester, Ibiza, and New York using 56 tracks in its soundtrack curated by DJ ‘Evil’ Eddie Richards, a pioneering house music DJ.

The film is also set to feature 60 exclusive interviews with some pioneering talent and others who fought for their right to party during hostile times.

Carl Cox said on the new documentary and the acid house era: “The mystery of it all was that you heard something which you truly enjoyed and you loved and you wouldn’t hear anywhere else and that spirit unified all the people that went to these parties in the early days.”

Venue owners, promoters, and clubbers themselves were also documented in All We Wanna Do Is Dance, including head of Police Pay Party Unit Ken Tappenden, who said: “We were logging something like up to three or four hundred parties per month in the height of that summer 1989.”

Support the release of Mason’s All We Wanna Do Is Dance here, and find out the latest on the documentary here.