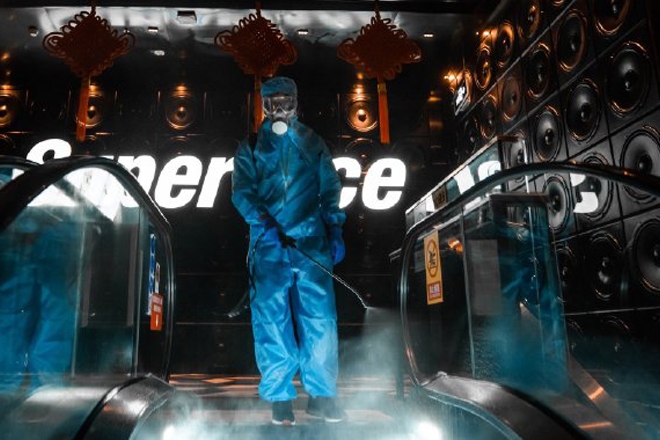 Clubs in China were the first to go. As the original epicentre of COVID-19, the country was the first to shutter its doors. The world watched in shock and awe as the normally bustling country came to a near grinding halt, and we watched as the clubs we know and love began closing their doors as early as January. It wasn't long before the rest of Asia followed suit, and now, the rest of the world.

But finally, we're getting some good news out of China. The number of new coronavirus infections is down to the double digits, Wuhan has lifted its lockdown of epic proportions and life is starting to feel somewhat normal again in most parts of China. And that applies to the lifestyle industry too, including clubs.

Slowly but surely, China has been quietly reopening the doors to its clubs, bars and music venues. Though it's not business as usual in these spaces, and we're not sure if it ever will be. Club owners and promoters are taking huge precautions and preventative measures to ensure the safety of staff and patrons. Many establishments are going one step further than just taking temperature checks and requiring that people show their travel history and leave identity information like names and phone numbers before they can enter. Masks are enforced inside all public places.

Shanghai seems to have gotten its groove back quick with clubs like Elevator, Arkham, 44 KW, Taxx, Ninja and Diamond Club all having reportedly started up operations.

In Wenzhou, T Linx is one of the major clubs in the city that reopened in early March. Their preventive measures also include ventilating at least three times a day and operating at a reduced capacity, which means only opening a limited number of booths and keeping a safe distance between them. Club goers are also required to present their health QR code before entering.

Elsewhere, OIL and Superface in Shenzhen, Playhouse in Chengdu, SOS Club in Hangzhou and SpacePlus in Nanjing are also starting to book DJs for events. DJ Lizzy Wang, one of the most in-demand Chinese DJs based, has said that she is starting to get requests from other cities for bookings, too.

Beijing, on the other hand, is taking its time and has so far not announced any openings, and we hope they take their time and only do so when it's safe.

We certainly hope that it's not too soon for China to be reopening their clubs, but it would appear that the nation does indeed have the situation under control. We're hopeful that this is a sign that good things are coming for the rest of us, we miss our clubs.