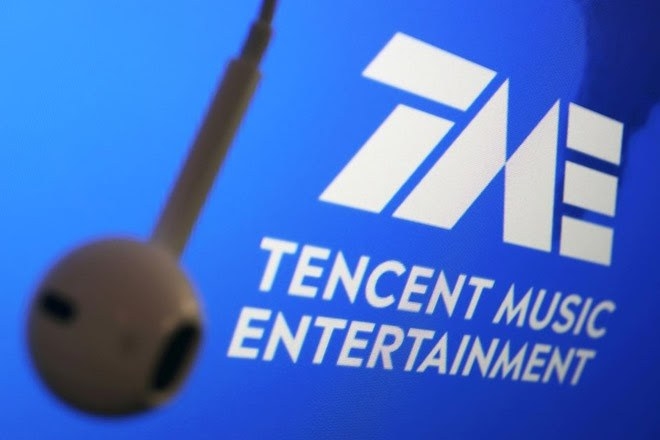 Chinese tech companies are enormous. As the Chinese economy grows and the massive population has more cash to spend on leisure activities, it stands to reason that streaming services, video game companies and other kinds of tech companies dealing in entertainment would do well. Some companies in China are doing extremely well. One of them is Tencent, a company that, among other things, controls a large portion of the streaming market in China. At least, it did. Until China’s State Administration Of Market Regulation (SAMR) stepped in on Saturday, July 24.

No one likes a monopoly. When one company controls every aspect of the supply and trade of a good or service, it doesn’t matter how good that product was in the early days; invariably it becomes a steaming pile of crap. Crap for either the regular people working honestly to create the product, or the customers consuming it, or both. When it comes to artists trying to sell their art, dealing with these enormous companies can be a nightmare as they use their massive influence to strike uncharitable deals. If you don’t go with the big guy, who else can you even work with?

When it comes to music streaming for musicians in most countries, you can throw your tracks up on Spotify, YouTube, SoundCloud, or your grandmother’s Myspace page. In China, however, Tencent had made it standard to ink exclusive contracts, forcing labels and artists to sign up with its service only or to take their business elsewhere. This strategy worked pretty well for Tencent Music Entertainment Group (TME), which had exclusivity contracts for around 80% of the music available on streaming services in China. This was due in part to contracts negotiated with Universal Music, Sony Music and Warner Music, three of the biggest labels in the world. Under these agreements, not only was TME able to license the music for its own streaming platforms, but it could also sub-license the music to local rivals for a pretty penny.

That was until an investigation conducted by China’s regulatory body SAMR ended with them dropping a regulatory bomb on the whole arrangement. According to Reuters, SAMR said “Tencent and its affiliated companies must not engage in exclusive copyright agreements” and that “existing agreements must be terminated within 30 days of the regulatory notice”. The company was fined 500,000 yuan (£56,000 or US$77,120) for unfair practices. SAMR also said that Tencent can still make exclusive contracts with independent artists, but those contracts are limited to three years. This has completely blown open a suffocated music streaming market in China, and is a huge blow to the company.

In January this year, SAMR officially began an investigation into Tencent’s acquisition of China Music Corporation in 2016. That acquisition formed TME and boosted the amount of exclusively held rights to 80% of music available for streaming. Since the beginning of the investigation, Tencent’s shares have fallen 30%. Although the regulators didn’t take any action to prevent the merger that created the industry monolith, this ruling severely hamstrings the operation.

TME’s biggest rival is NetEase Cloud Music, which will be looking to move into the space in a big way. The playing field has been evened out, hopefully forcing the companies to build better platforms and provide better services to regain market superiority. Great for us music lovers. It should also give musicians and labels more power in their negotiations with the streaming giants. That’s the dream, anyway.

As for why the Chinese government came down on Tencent now; there is a reckoning taking place for Chinese tech companies. The Chinese government is currently undertaking a crackdown on antitrust practices in the tech industry. Beijing says that it intends to rein in companies that “disrupt market order, threaten data security or regulate consumer’s rights.” The measures the government takes can seem drastic, going so far as to outright banning apps for their shady practices days after being listed on Wall Street. That’s what happened to Didi, a Chinese ride-hailing app; its stock is down over 30% since it was listed.

To be honest, the idea of breaking up monopolies and enforcing regulations on companies that utilise unfair practices sounds pretty refreshing. For us here at Mixmag, seeing the music industry get such a shakeup in China is an exciting time; we can’t wait to see what potential for musical growth has been unleashed by this ruling.