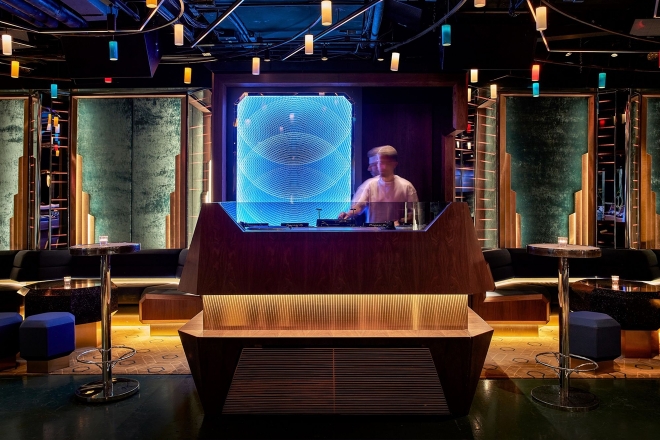 Located in LKF Tower in Wyndham Street, the style of Cassio has always been modern but with a vintage twist. A taste of Europe in the heart of Asia, is how many like to describe it. As COVID-19 restrictions begin to lift for some establishments in Hong Kong, Cassio made sure they were ready to reopen with a dramatic redesign by Paris-based luxury furniture design house Hervet Manufacturier.

Why this matters? Because the design house is headed by cousins Cédric and Nicolas Hervet, with Cédric having worked with Daft Punk for over 15 years as their creative director, designing album covers and overseeing stage set design for their performance at the 2014 Grammy's. As such, you can imagine what the creative vision is of Hervet Manufacturier, who are also known to be influenced by visions from a previous century. That vision extends to the redesign of Cassio.

The aim of the do-over was to create a bridge between the 1920s and today. With the use of walnut wood, turquoise velvet and hairline brass, Hervet Manufacturier produced custom-made furniture, lighting and a DJ booth that gives the bar a retro-futuristic feel. In the designer's own words, it feels like “a spaceship that landed on the dance floor”. 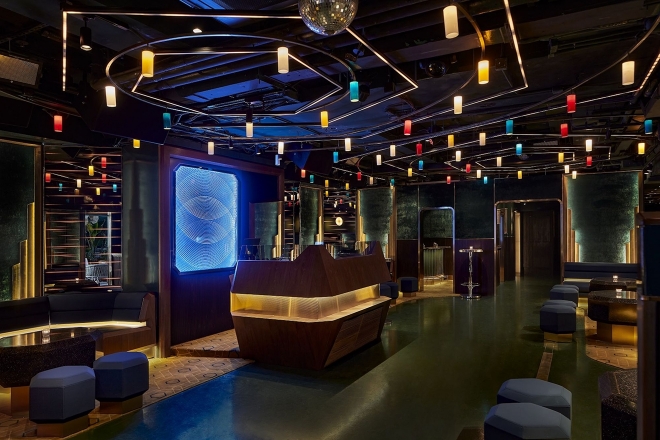 “When we first discovered Cassio and the elegance of the place combined with the festive atmosphere, we immediately pictured The Great Gatsby,” says Cédric.

The dance floor is surrounded by booths and tables, and there are four bars scattered around the venue to reduce wait time for a drink, including one private, hidden bar accessible through a coveted VVIP table by giving a one-time password. The popular outdoor terrace remains but has been fit out with vintage furniture from Paris that Yeung spent years collecting for an all-over tropical-kitsch paradise.

The makeover is the first major redo since opening in 2016 and owner Gilbert Yeung, who also owns Dragon-i and Tazmania Ballroom, would like to get closer to his guests by showing privately collected artworks and visual references to some of his favourite movies and musicians.

“We’re not just a nightclub. We’re welcoming you to your second home where you can spend a whole evening having fun – starting with after-work drinks and tapas and if the mood is right, stay on to dance the night away.”

Cassio, which is curated by dragon-i Group, has previously hosted names like Seth Troxler, Dixon, Blond:ish, Jazzy Jeff, Solomun, Bedouin and more. Its cutting-edge music programme runs the gamut through R&B, disco, house, 80s and tech house, and is well complemented by authentic Spanish tapas. We're looking forward to the day where we can see A-list acts again at the new space.