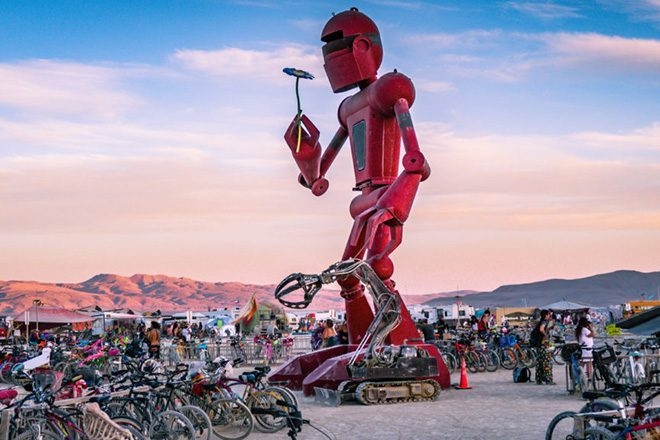 It might seem like Burning Man has only just happened, but organizers are already looking ahead to 2018.

The annual event has announced its theme for next year's edition: I, Robot.

Based off of the short story collection published in 1950, the theme focuses on various degrees of artificial intelligence in human life. "Everything, it seems, depends on HMI, the Human-Machine Interface," the official Burning Man blog post reads. "In a world increasingly controlled by smart machines, who will be master and who will be the slave?"

The theme of Burning Man gives a guiding direction for the many artists who create larger-than-life sculptures and installations, but the event will still accept art that does not necessarily embody the theme too.

It's a timely choice to honor robots and the increasing presence of technology in the Burning Man realm, though. Just ask the gang of tech bros who ordered fresh lobsters to the Playa earlier this year.