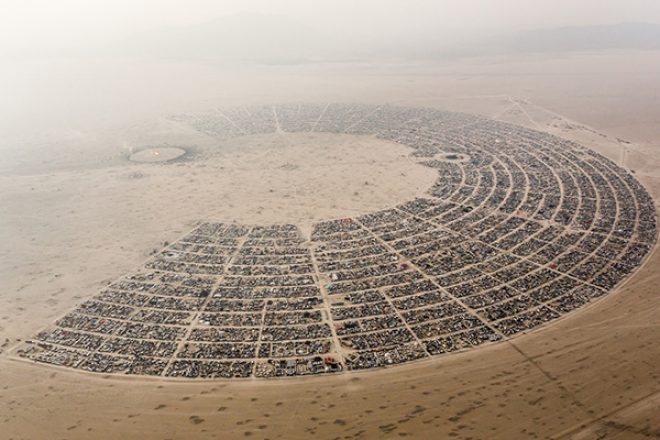 A new Broadway musical based on Burning Man is coming this week.

The new comedy titled Burning Man: The Musical, and is inspired by the Nevada festival's 90s heyday and its billionaire takeover.

Burning Man takes place yearly in Black Rock City with thousands taking to the desert to exchange skills and services while taking in live music and various other performances.

In the musical - Molly, a new hire to a fictional company, visits Black Rock City, to attend a site described as a ‘temporary metropolis’ before chaos ensues at the new firm she’s joined.

Matt Werner is at the helm of the project, with Gene Beck composing a score for the show and Ari Grooves providing choreography.

The musical was filmed on a vacant soundstage during the height of the pandemic, at a point where theatres had been closed and live events were not possible and will be available from August 27 on Broadway on Demand for $7.99 to rent and $19.99 to buy.

Burning Man has been cancelled for the past two years due to COVID, with organisers opting for an online event running from August 22 to September 7.