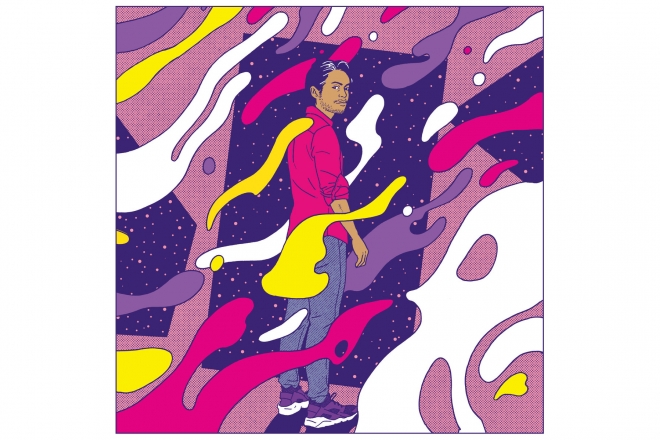 Bastard Jazz from New York just recently released a brand new album from Fukoka producer Brisa, titled ‘Th3rd’. The Japan based producer has been co-signed by big musical players like Gilles Peterson, Danny Krivit, Toshio Mastuura and Lefto to name a few, and on this new album, he brings a very eclectic and forward-thinking approach to his music, leaving you wondering what, why and why not more?

Brisa has been globally releasing music since 2004, but has been taking his acid-jazz and house influenced career seriously since 1997. He’s garnered support from the likes of DJ Yellow, Joe Claussel, Tom Middleton and Jazzanova.

This latest takes us on an eclectic, funky and uniquely contemporary journey, starting off with ‘Cloudnine’, that is loaded with heavy drums, stabby synths and hypnotic vocoder elements. You then drift forwards and upwards with ‘New Way’, where we enter into a state of moodier acid house vibes, and we really dug the ‘DLMD’ which is effervescent of persistent percussive loops and smooth Rhodes. This album truly covers the spectrum of pleasurable music for the heads, we give our nod.